Itʼs pretty standard procedure for surfers to get vaccinated before venturing beyond the frontiers of the first world. And itʼs a smart move. The threats of Typhoid, Dengue, Malaria and enough strange bitey jungle things to keep David Attenborough busy for another 60 years can send even the most seasoned traveler into a fit of hypochondria. However, there is one horrific affliction that the the Doc wont tell you about and you canʼt prepare for. One that will strike down every surfer at least once in their life – Cabin Fever.

At the start of April tropical lows lashed the island chain. The ocean had been whipped up into such a state that charter boats were forced to hide in the lee of the islands, surfers were stranded on the mainland and we had had no choice but to lock the place down and wait it out.

At first we didnʼt notice the symptoms. Coffee, guitars and a hard drive full of pirated goodies were enough to mask it. But by day three, the pacing had begun. The surf movies werenʼt enough to keep the cravings at bay and over the howling winds Iʼm sure I heard someone scream out WILSON! Delirium had set in and we were in the grips of a Cabin Fever epidemic.

Then after 5 days and just as we felt we werenʼt going to make it out alive, the clouds parted, the winds abated and the symptoms disappeared. We had a new lease on life and a series of strong, healthy groundswells were upon us.

Bank Vaults was the standout in April. Long period swells pumped into the area but made it lully causing punters to stay on their toes. Every 20 or 30 mins, a 6 wave bomb set would thunder through, clean up the less vigilant who had drifted out of position and have them wishing they were still on the safety of the couch. While they were getting the flogging of a lifetime, others were lucking into the tubes of a lifetime.

Those who werenʼt up to the ʻVault scored solid walls and pushed their boundaries on the hefty drops at big Nipussi. The goofies were looked after as Hideaways and some our ʻoff the mapʼ spots turned it on giving our guests a curative dose of the uncrowded perfection that this place is renown for. 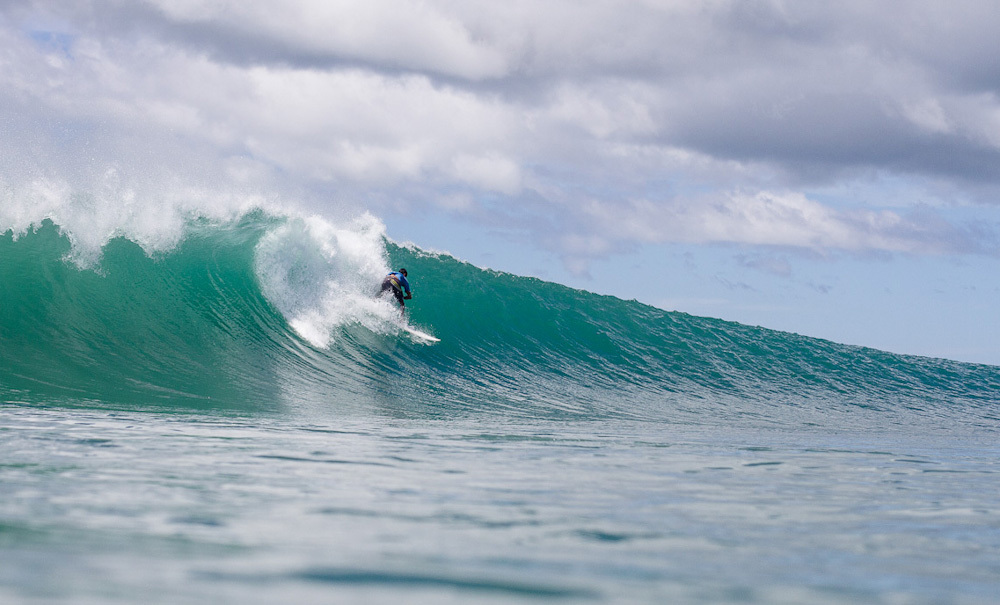 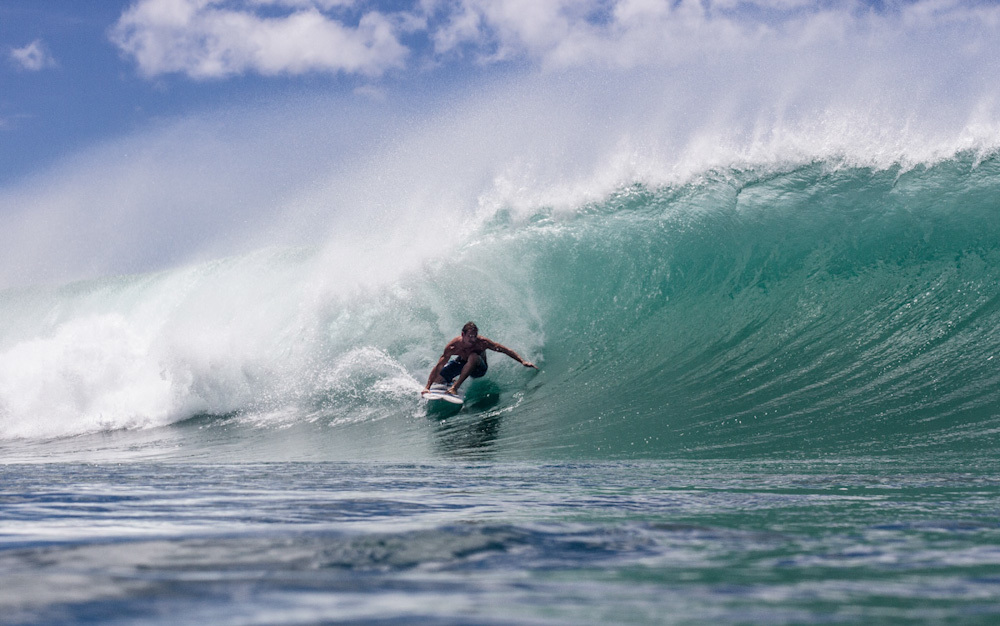 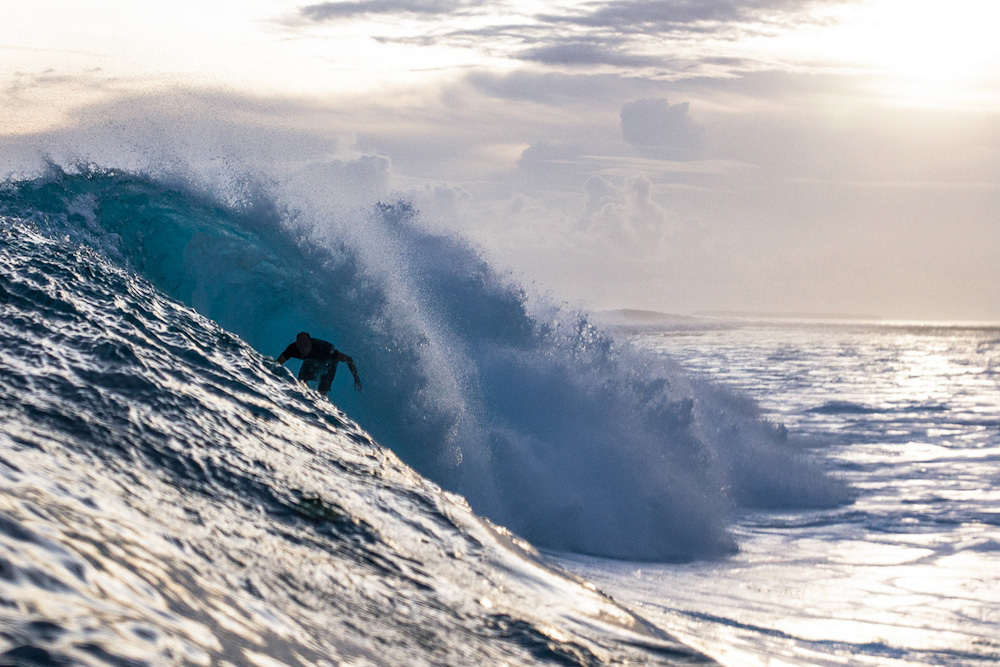 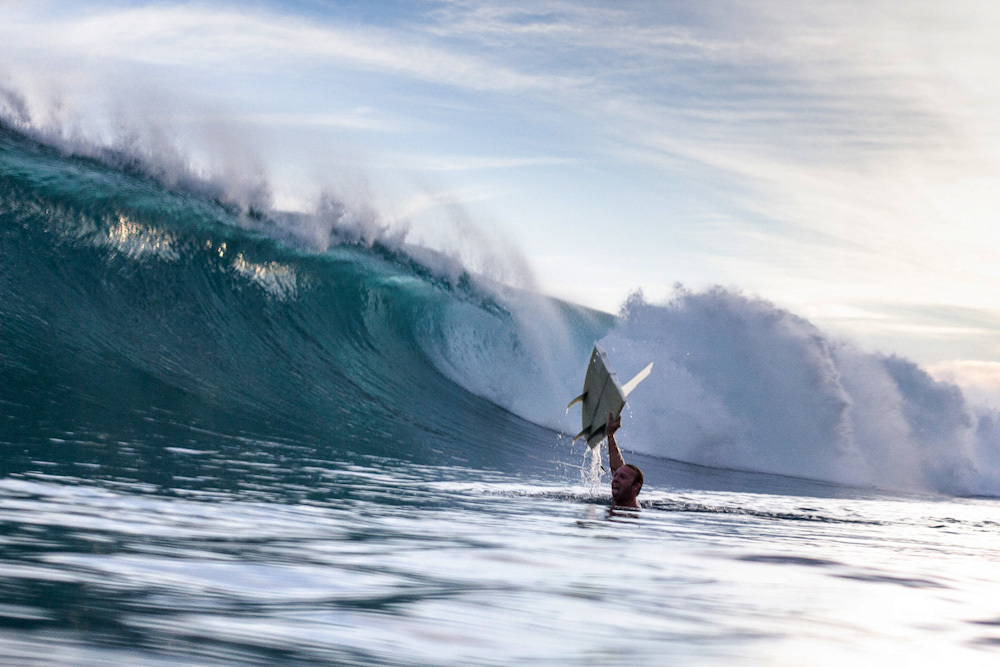 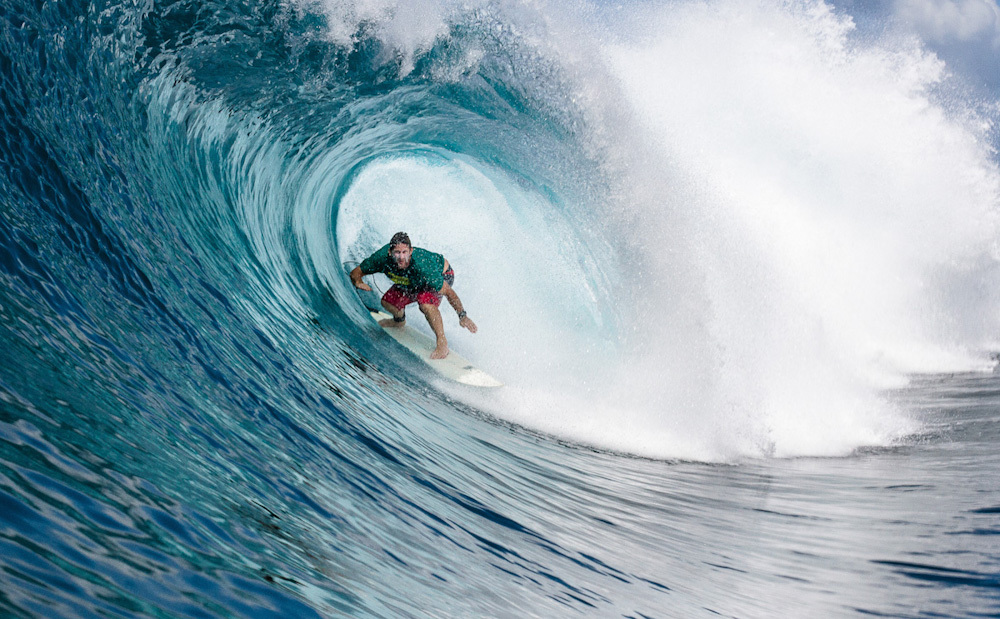 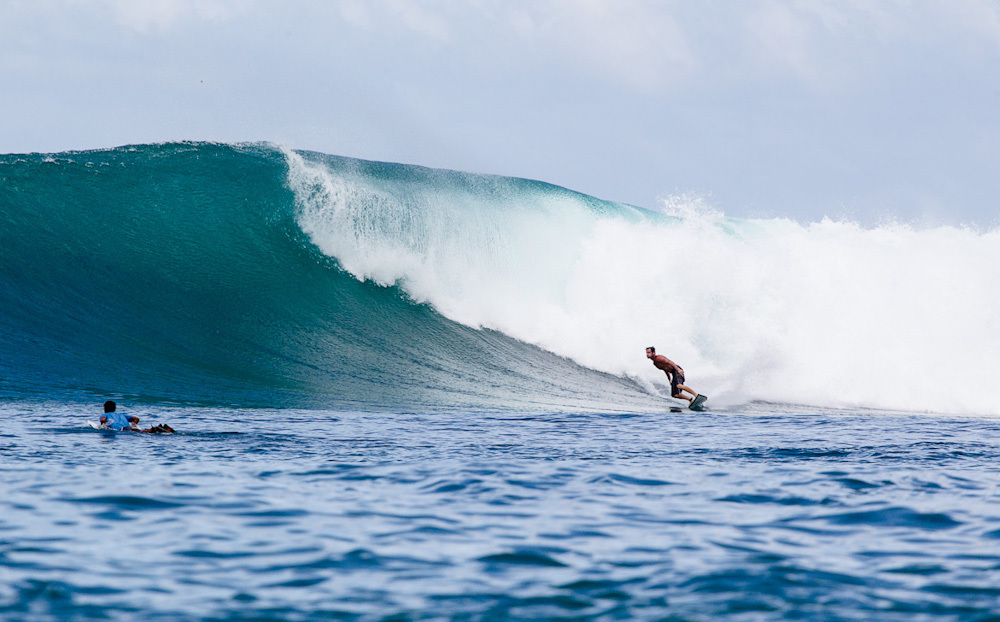 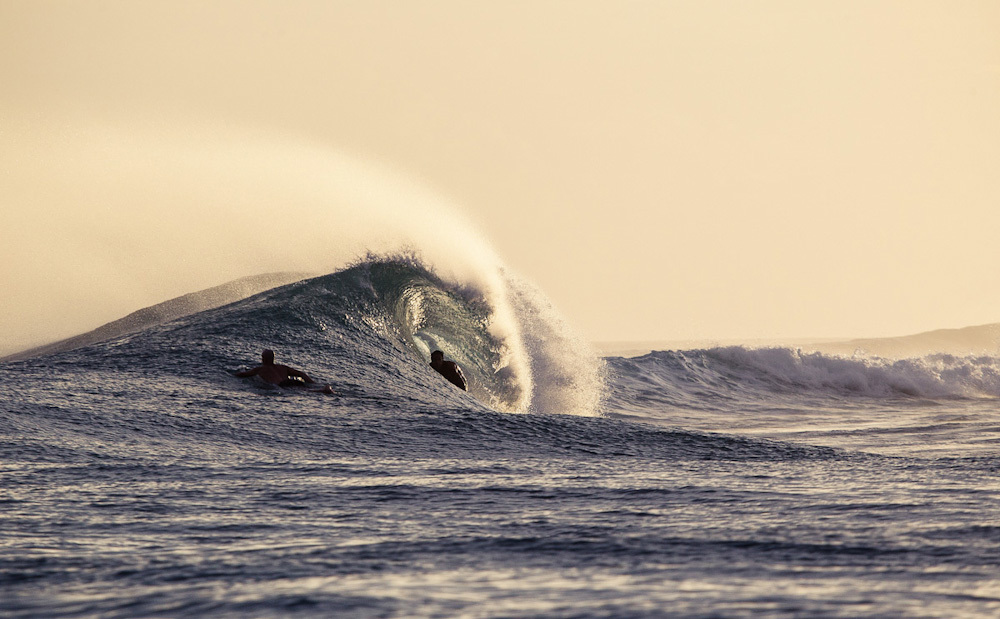 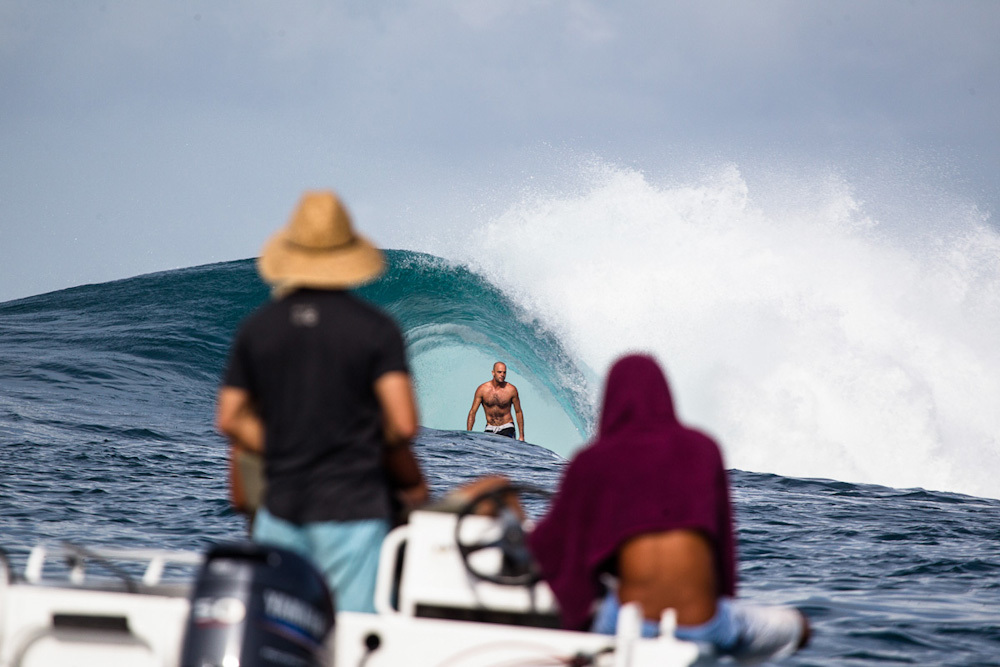 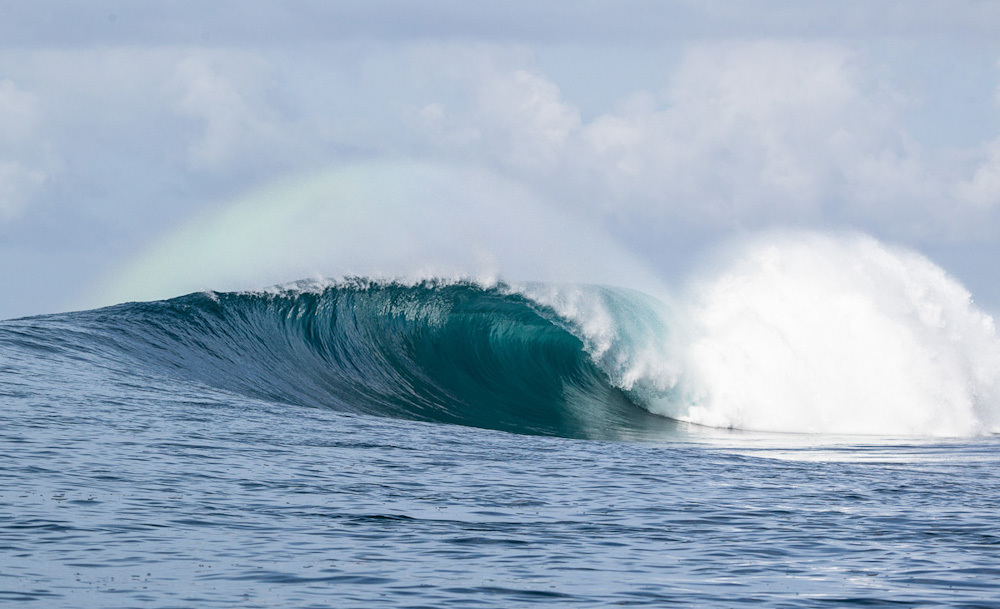 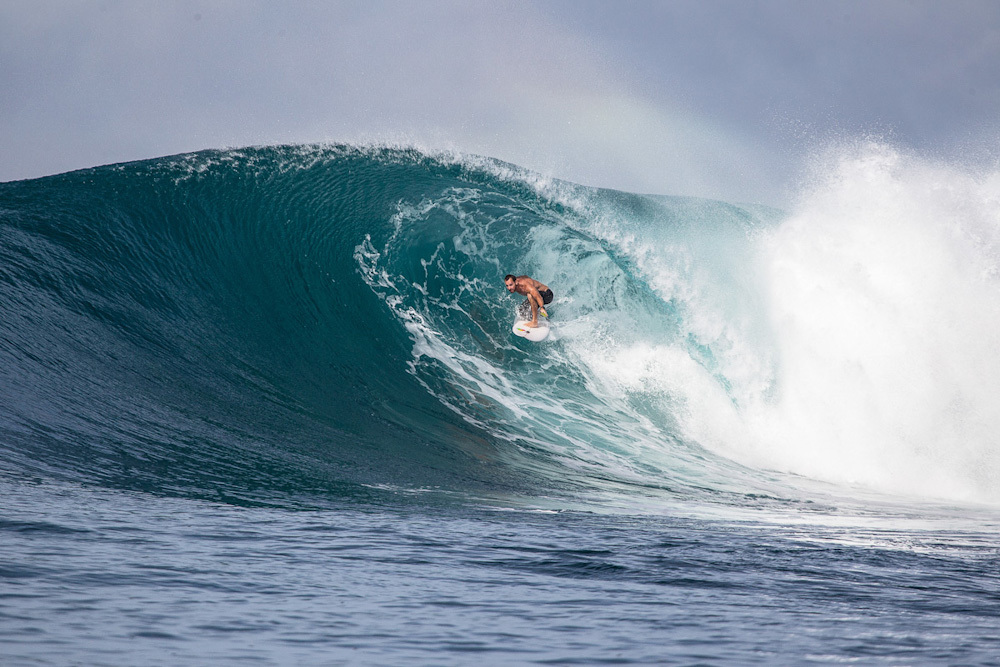 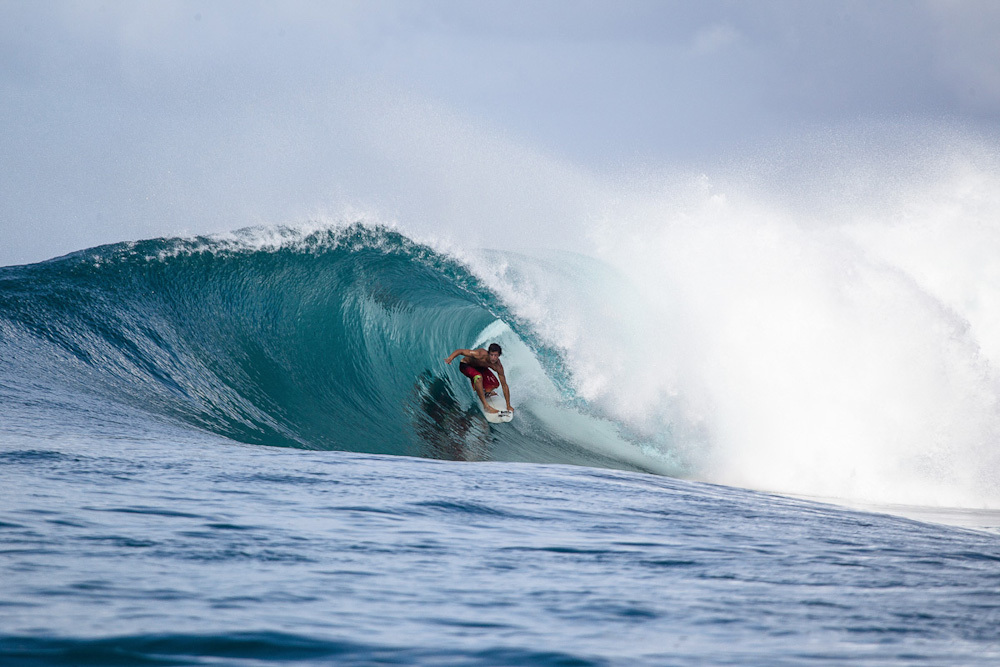 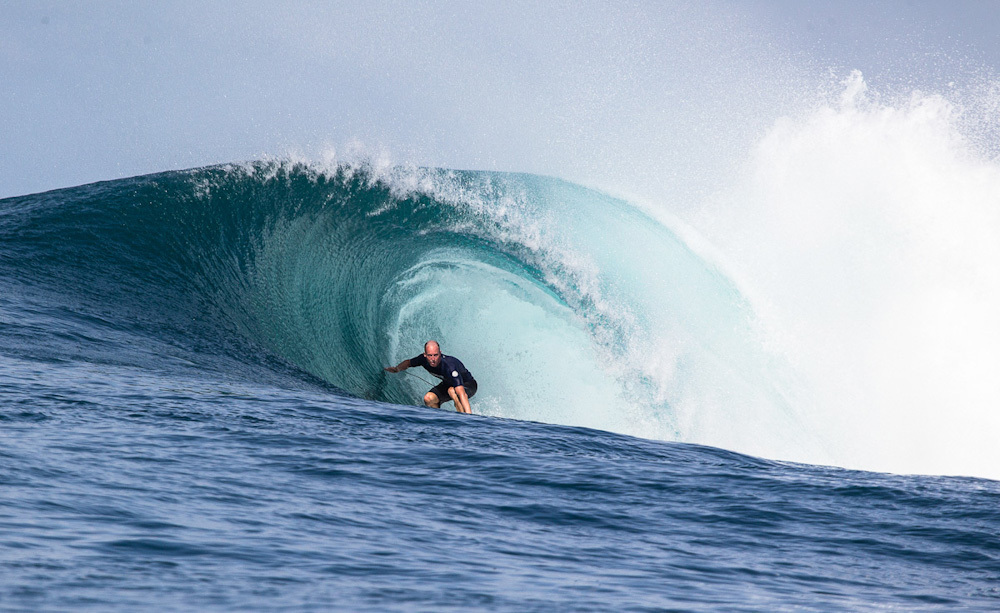 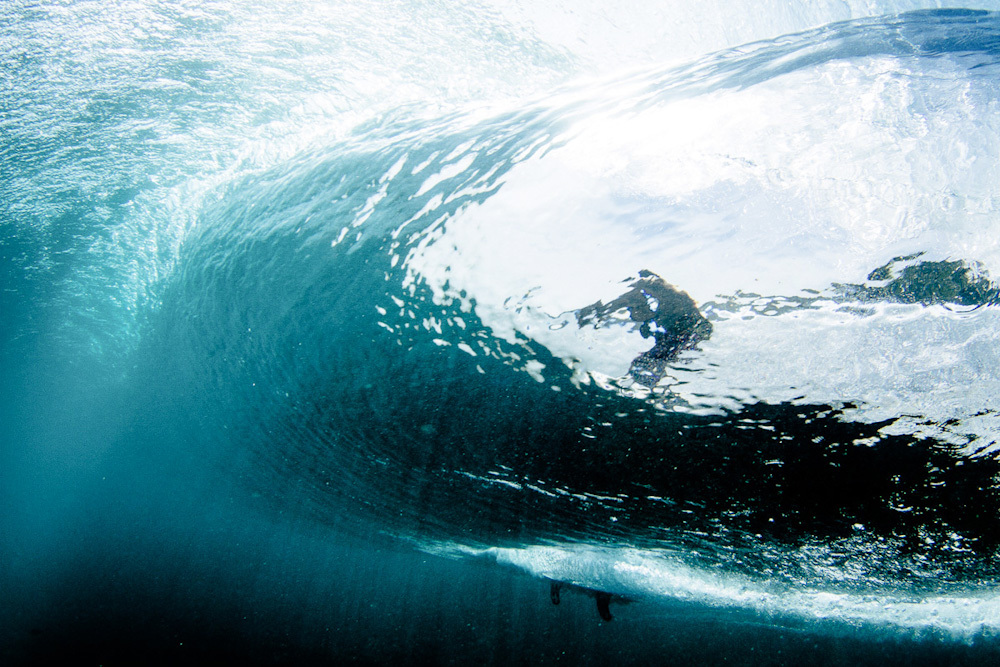 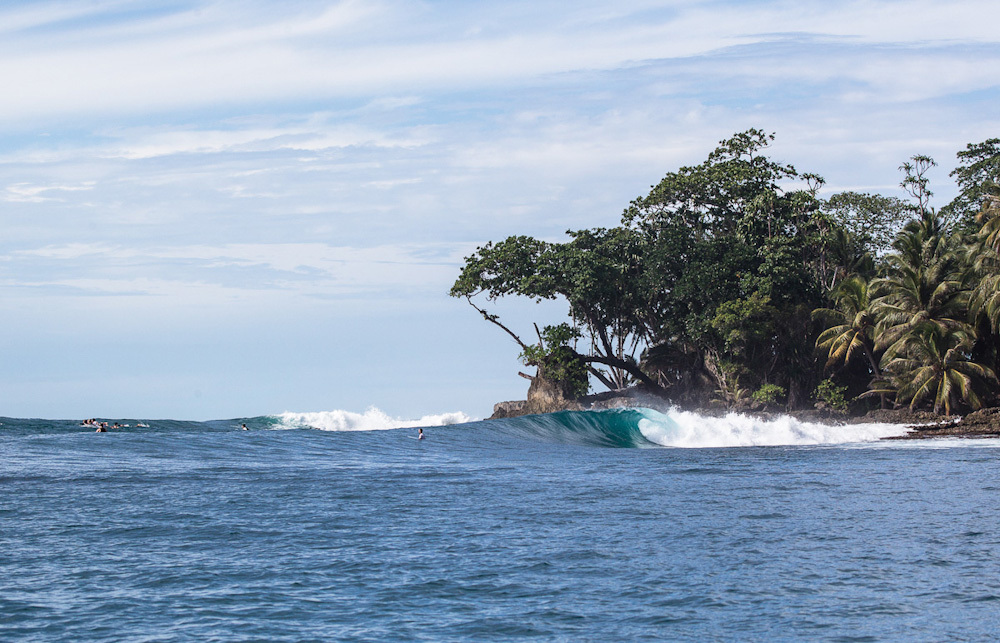 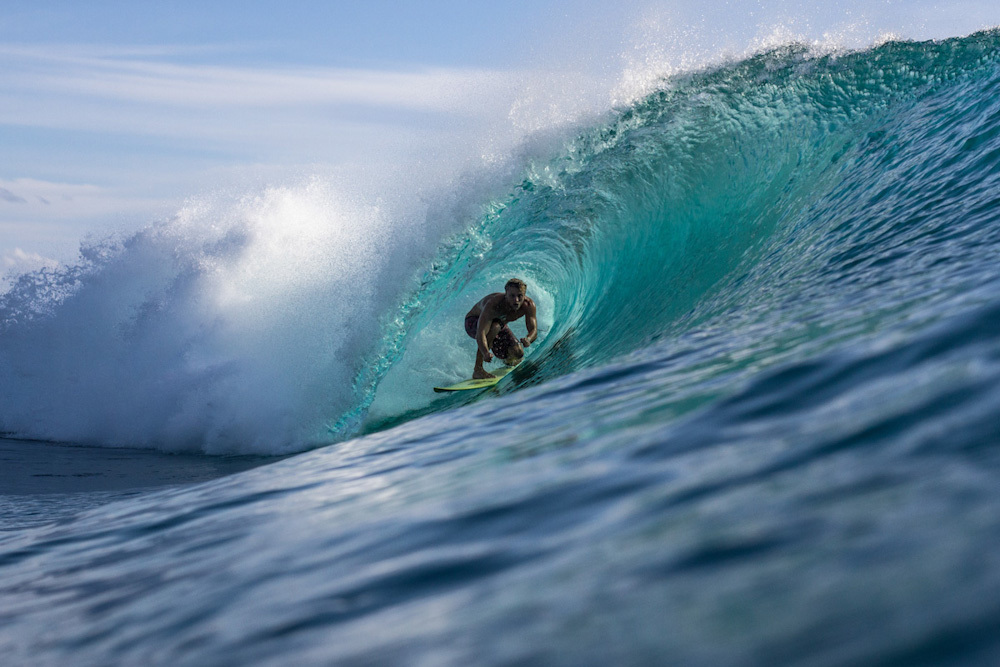 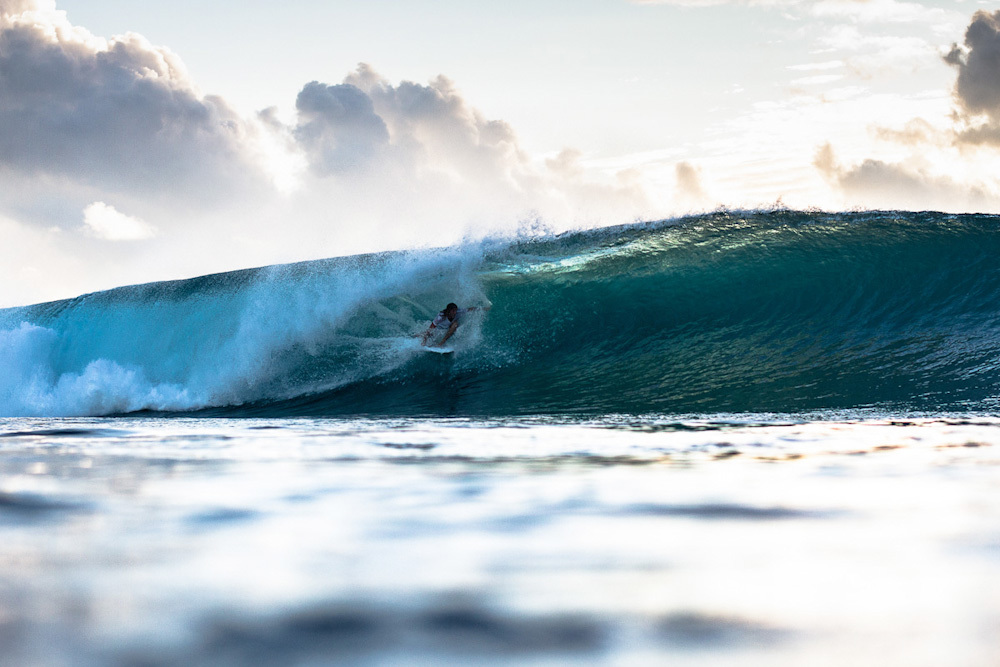 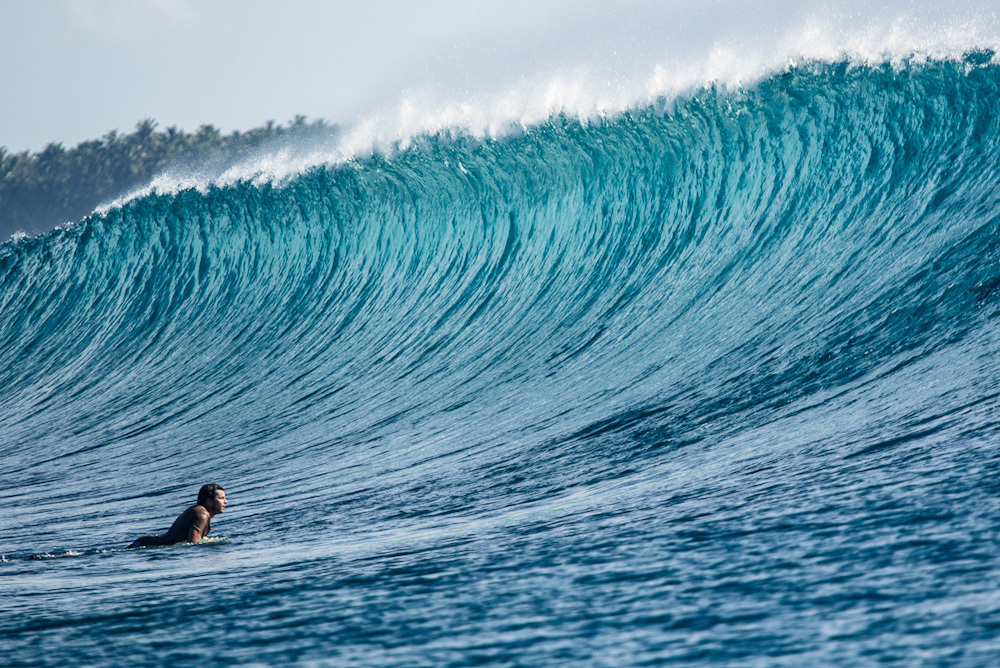 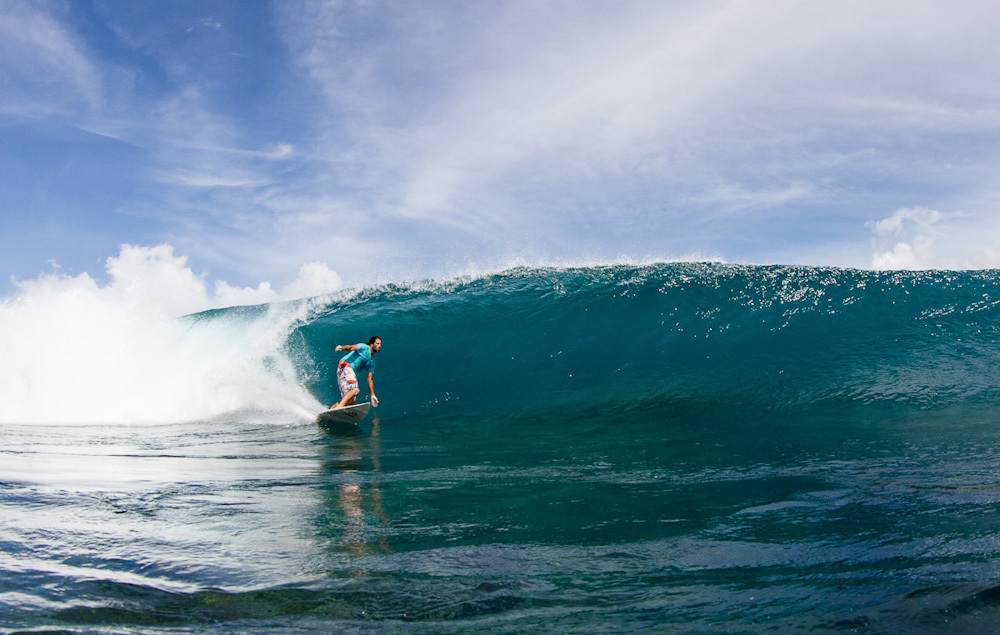 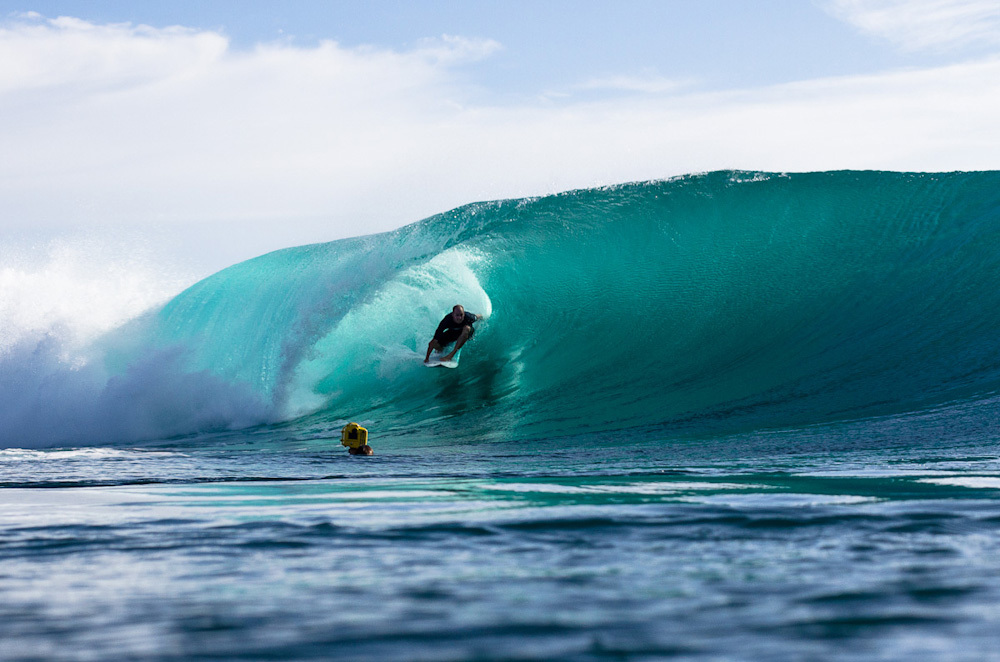 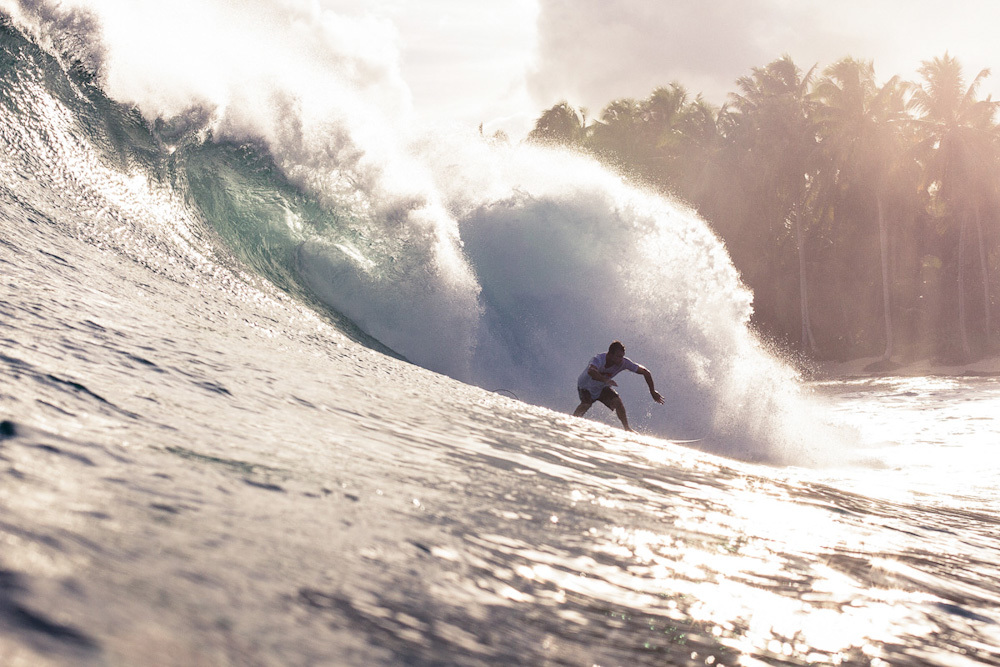 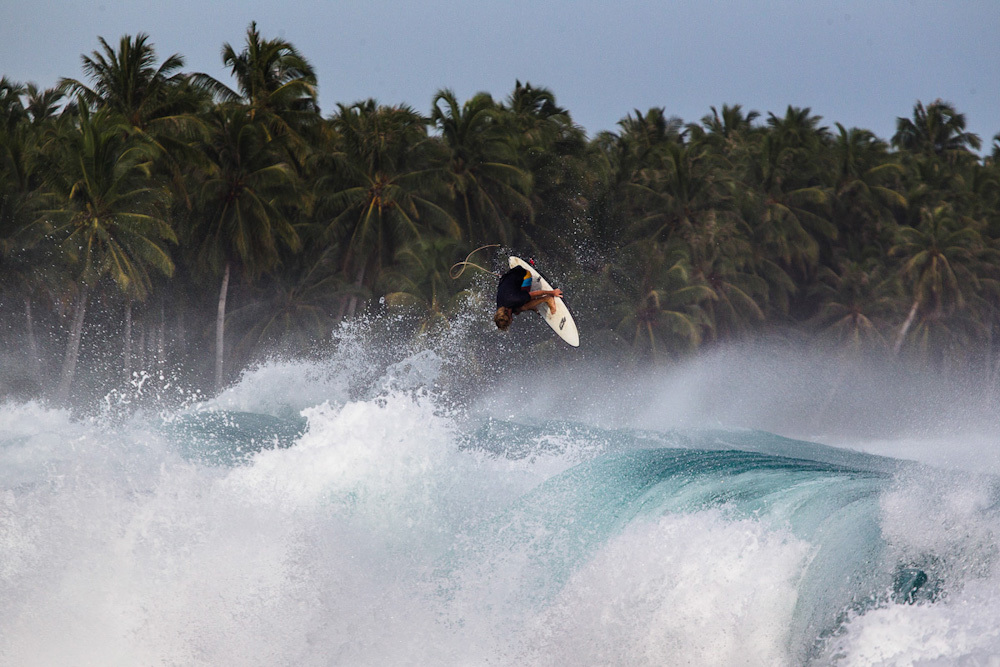 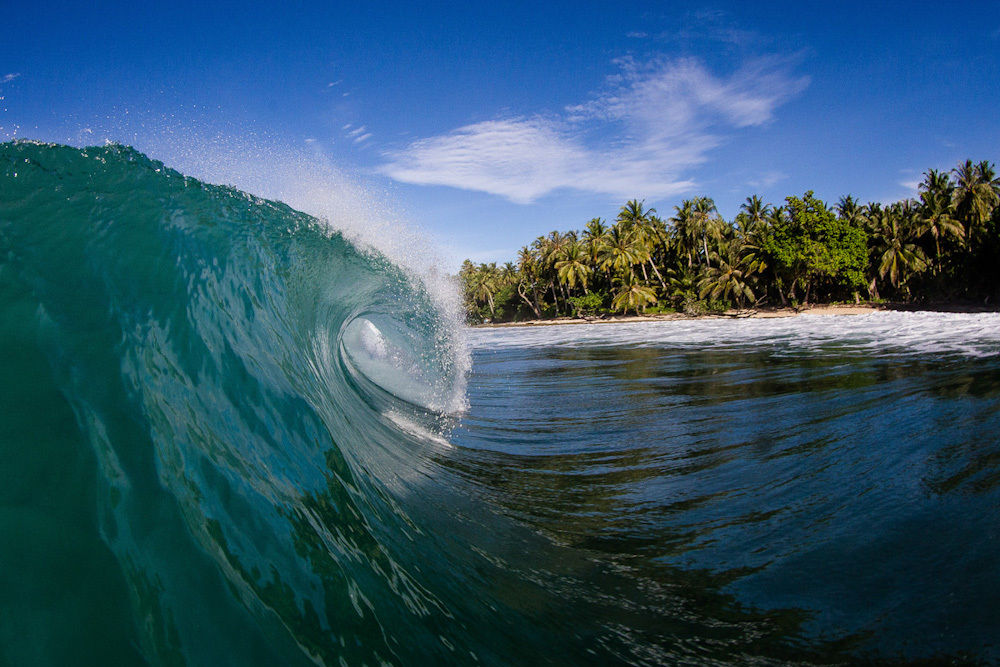 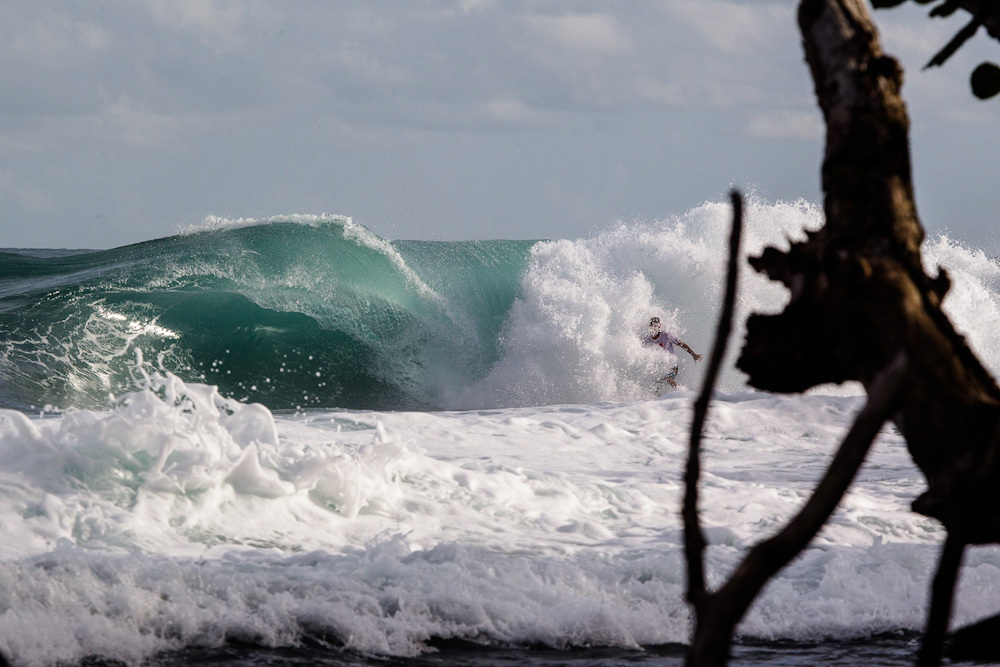 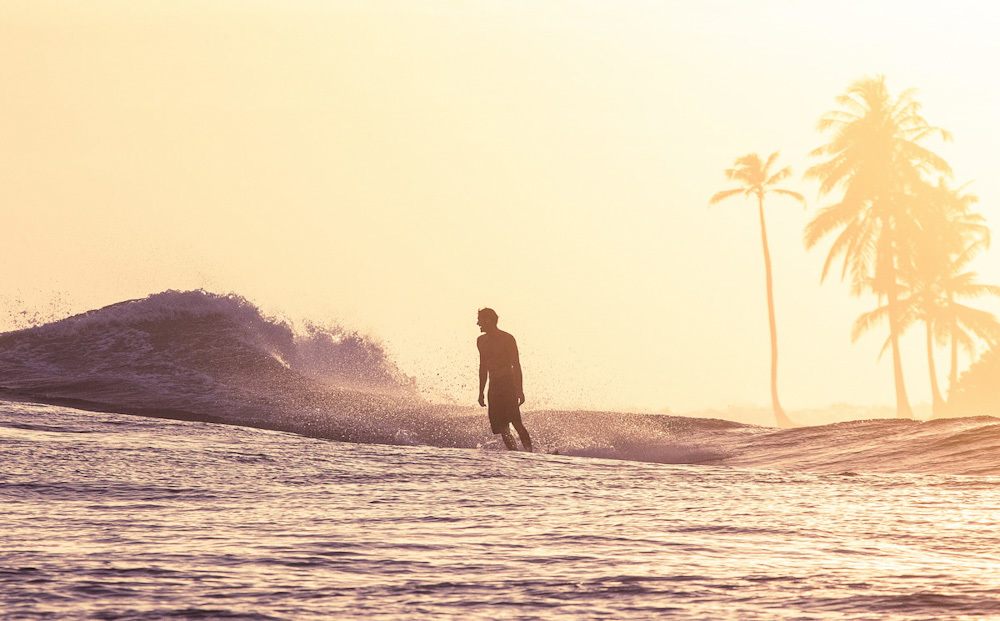