Leonardo Da Vinci would be proud of us this month. Tickled pink even. Sure, itʼs pretty egotistical to think that one of the most diversely talented and inspirational artists ever to have walked the earth wouldʼve been smiling down at us but if you bare with me, Iʼll do my best to try paint you a little picture.

You see, Leo subscribed to the notion that simplicity is the ultimate sophistication. Sounds a bit wanky for a surf report so it might be better translated in modern day terms as ʻLess is moreʼ… more or less.

Keeping it simple is exactly what surfers in the Mentawai Islands were doing this month. Quit throwing buckets, ease up on the finners and shove the punts back into the bag of tricks – It was time to invoke Da Vinciʼs spirit and draw some simple, clean lines of our own through some of the most perfect tubes weʼve seen this season.

June started slowly. Not that is was small, itʼs just that in comparison to the climactic ending it was a relative cruise. Bank Vaults gave us an early taste of its power before the swell backed off a notch to allow us to enjoy some of the more fun waves in the area at BurgerWorld, Pitstops and Nipussi.

By mid month, it was really starting to wind up. Bank Vaults, Rifles, Pistols were doing what they do best while surfers were trying to do their best just to keep up. The extra swell gifted us some off the chart waves at places that were exactly that; off the chart.

However, despite all the fun and perfection, we were still yet to seen Juneʼs true masterpiece. The colours showing on the swell chart matched that of any great painterʼs pallet and we knew we were in for a treat.

Bank Vaults was the first to light up. A chunky southwest swell and north winds had the place on fire but unfortunately it also limited options. This meant that if you wanted a potential ʻwave of your lifeʼ you had to wait your turn for it, or in the worst cases, unwillingly share it. But time your session right and you could get a shift pretty much to yourself. Thankfully by the second pulse of the swell, it seemed the novelty had worn off and the crowds had dissipated.

The third and final pulse of the swell hit with force. This time, with the help of easterly winds, it focused its power on the west coast at the big name lefts. Ebay and Hideaways were unbelievable – Big, clean and relatively empty. However it was Kandui that was the true work of art and people were lining up to get a glimpse. Tubes so perfectly round that even Da Vinci would have a hard time drawing them funneled down the reef with a smoothness and texture that could have only been painted with a brush. Those brave enough to throw themselves over the edge and lock in were given a private tutorial to his school of thought and an insight into the true art of surfing; Keep it simple and just stand there. 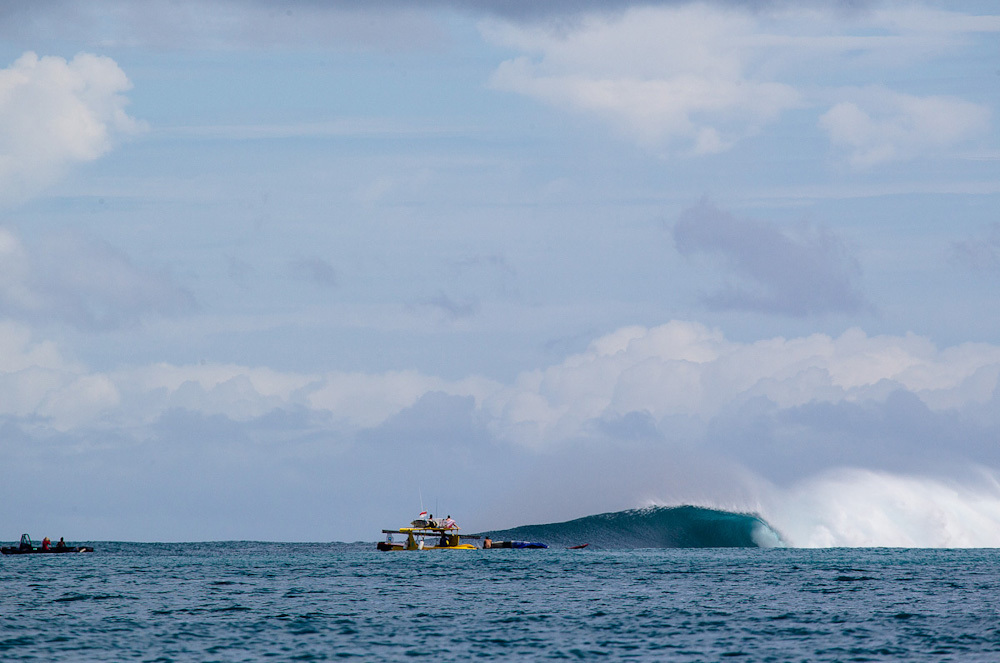 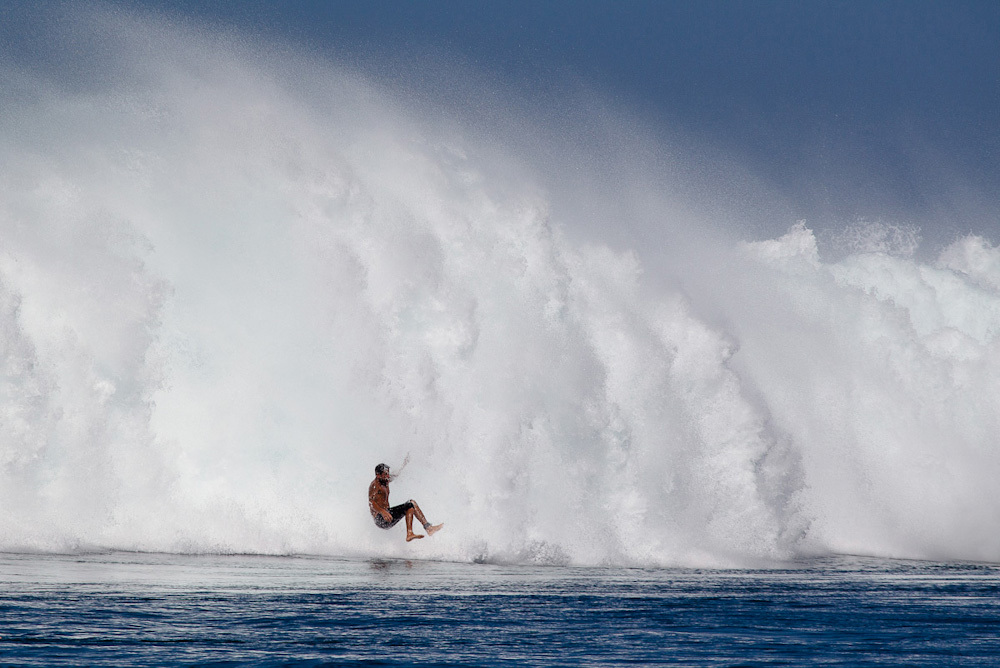 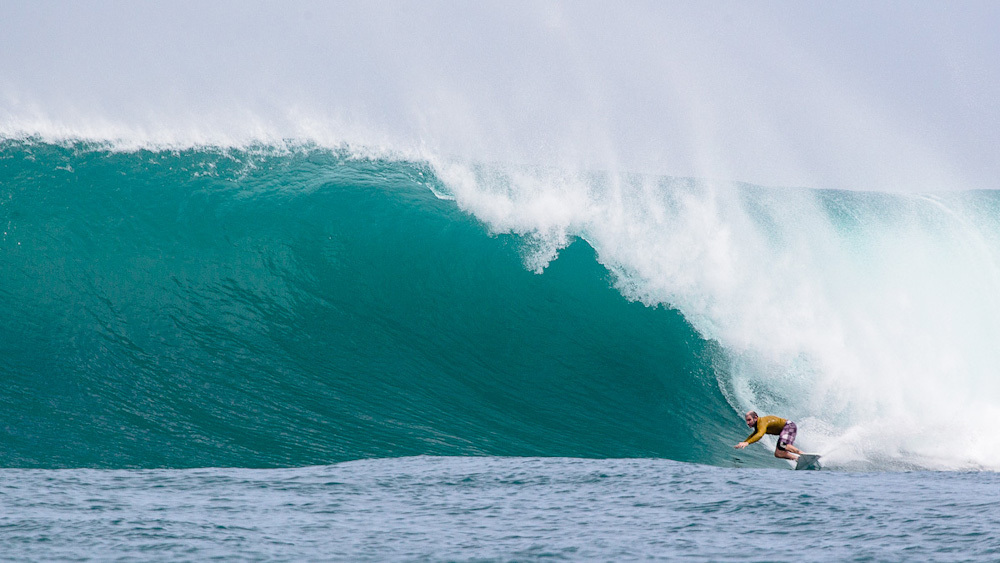 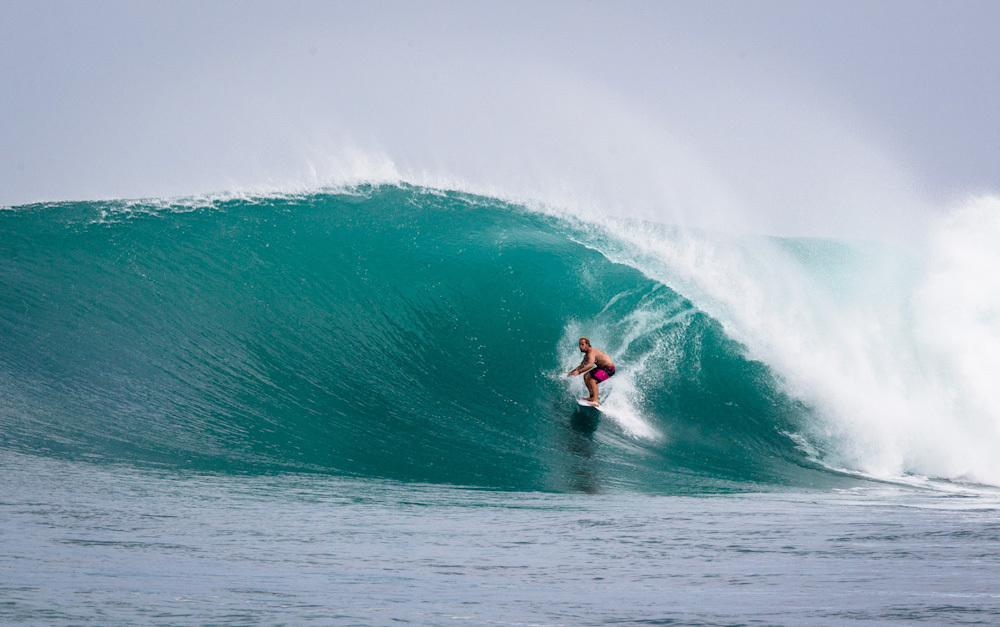 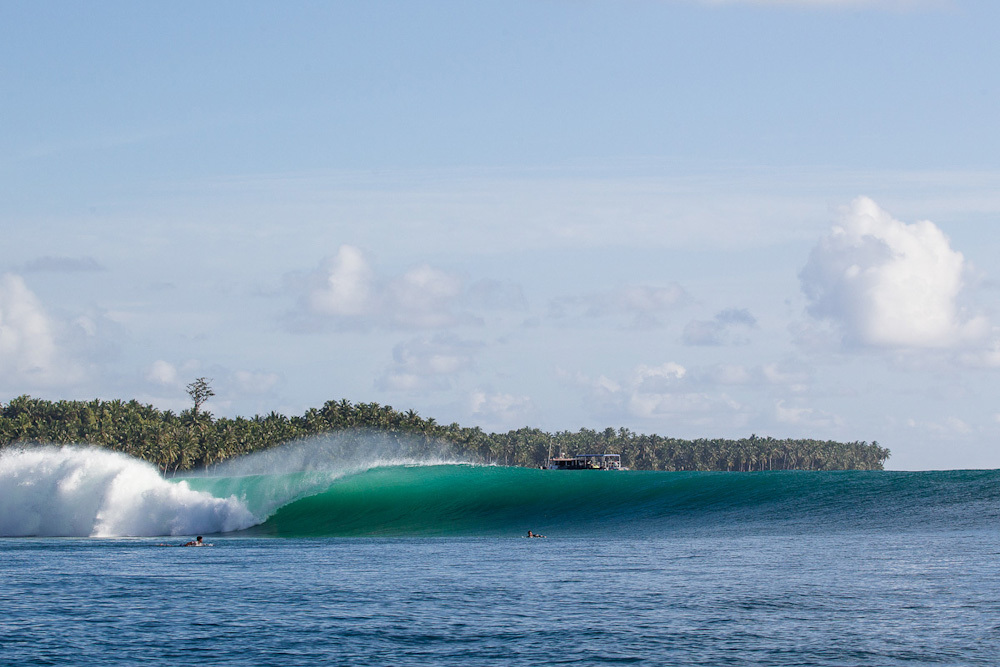 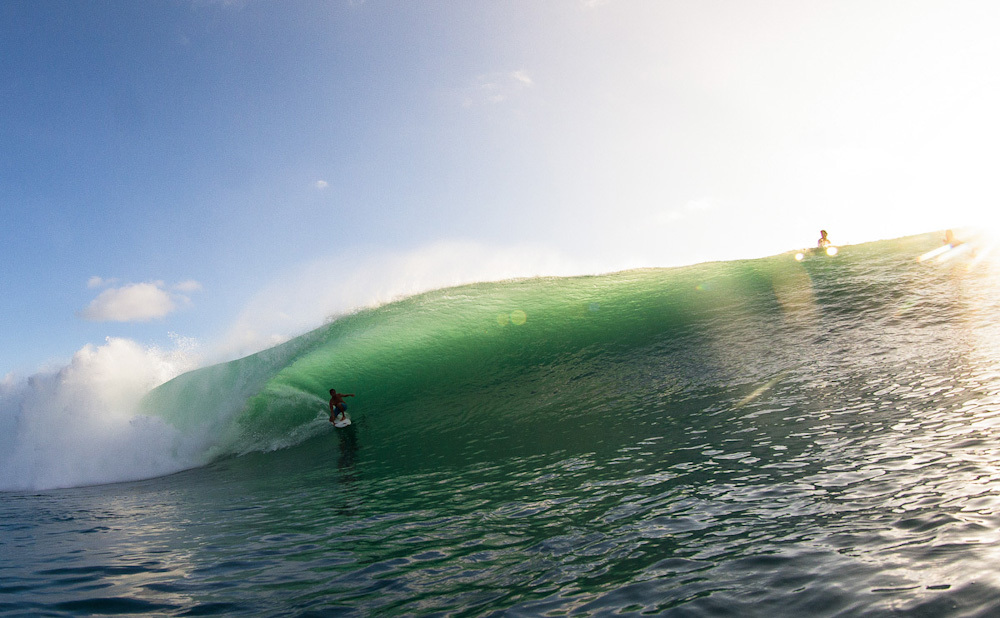 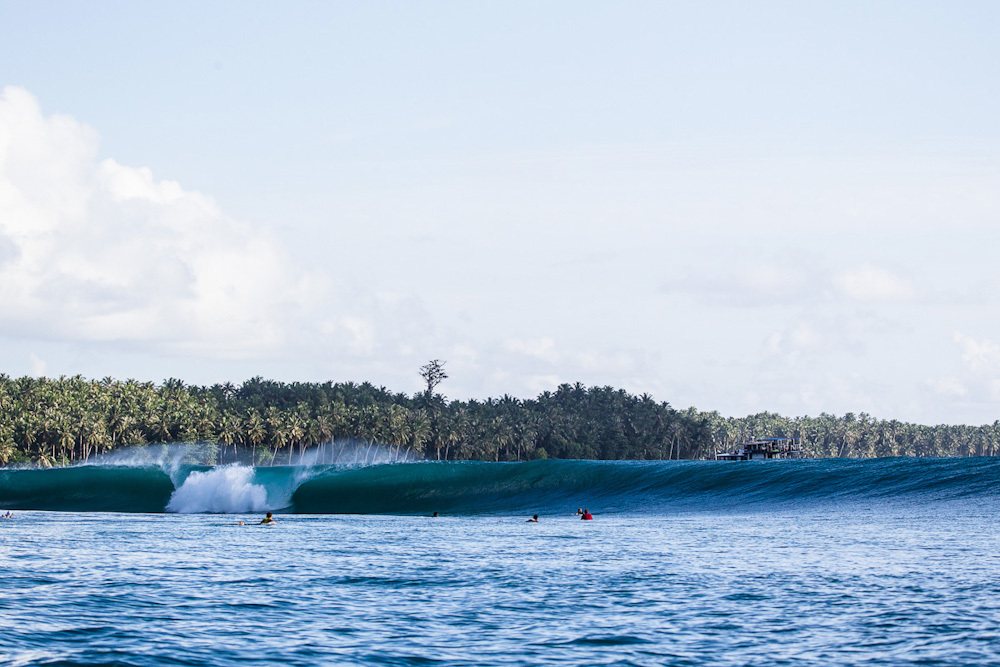 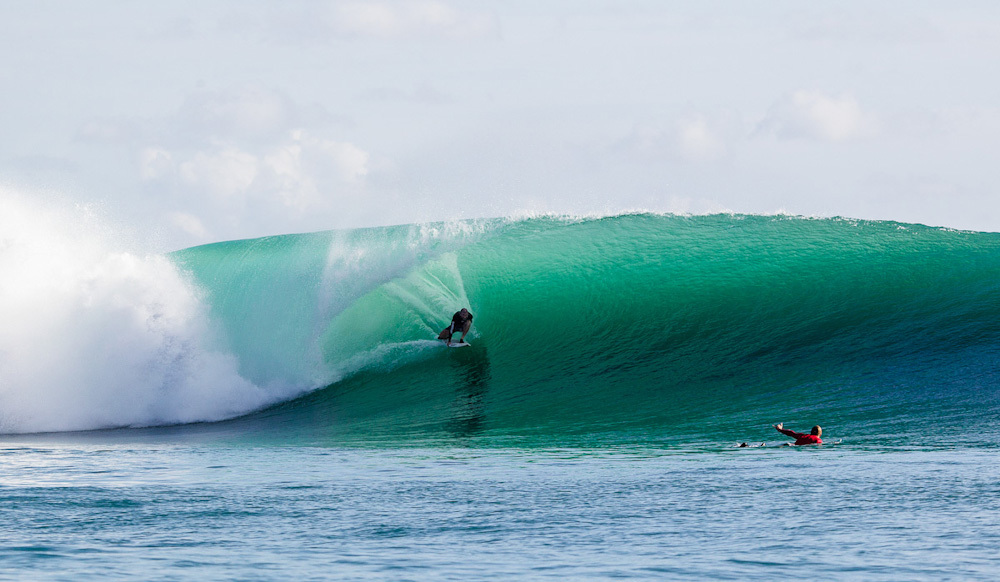 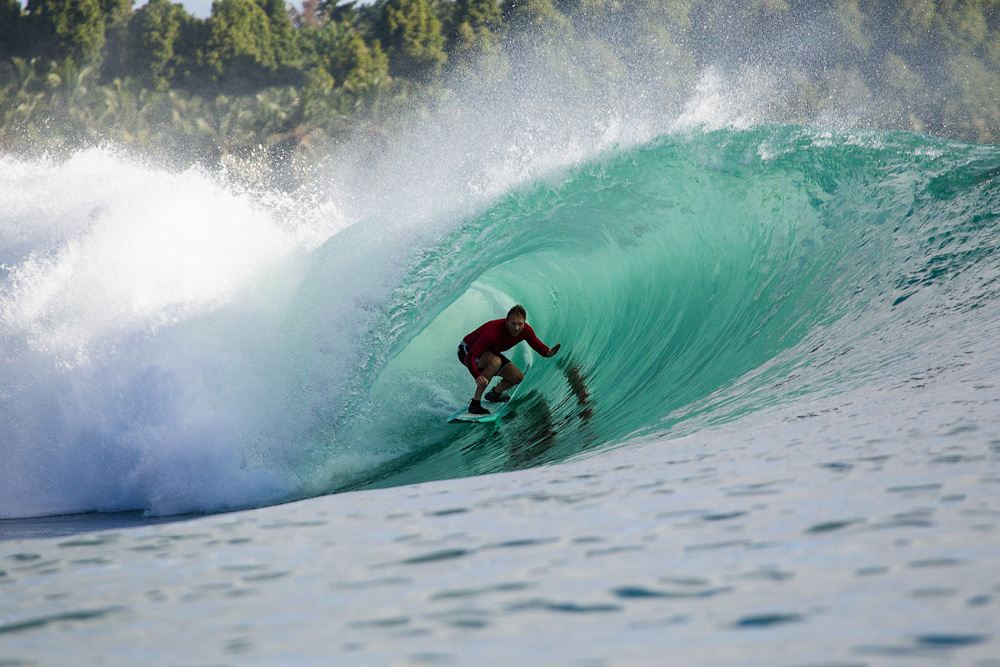 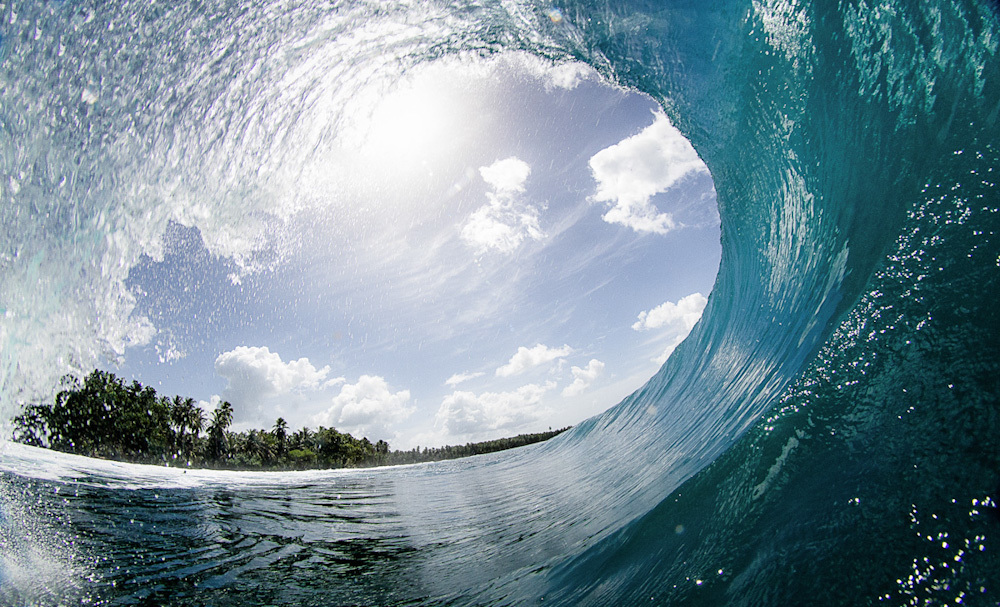 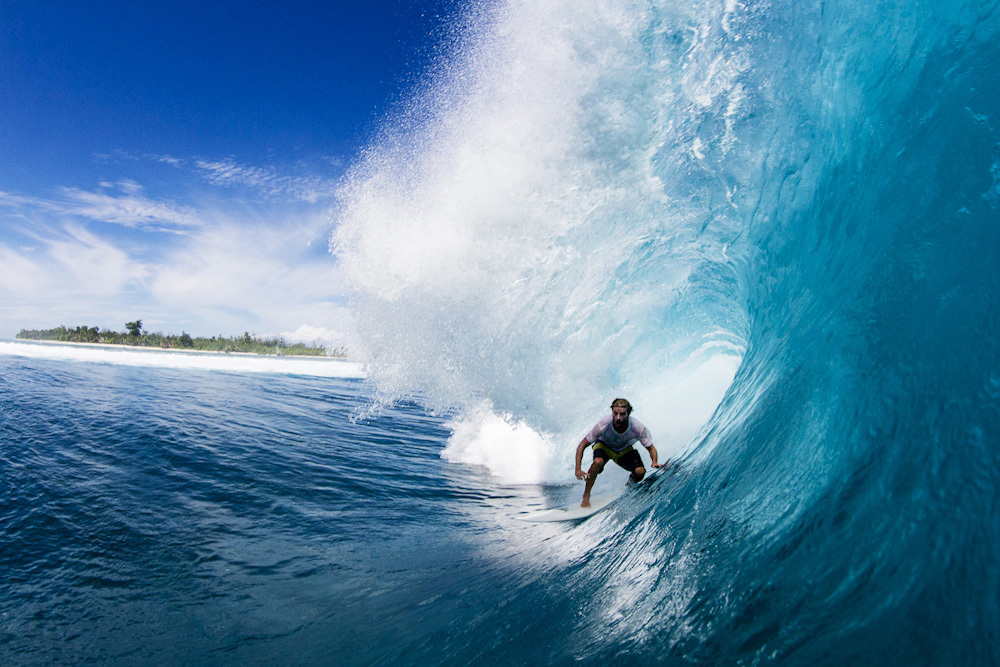 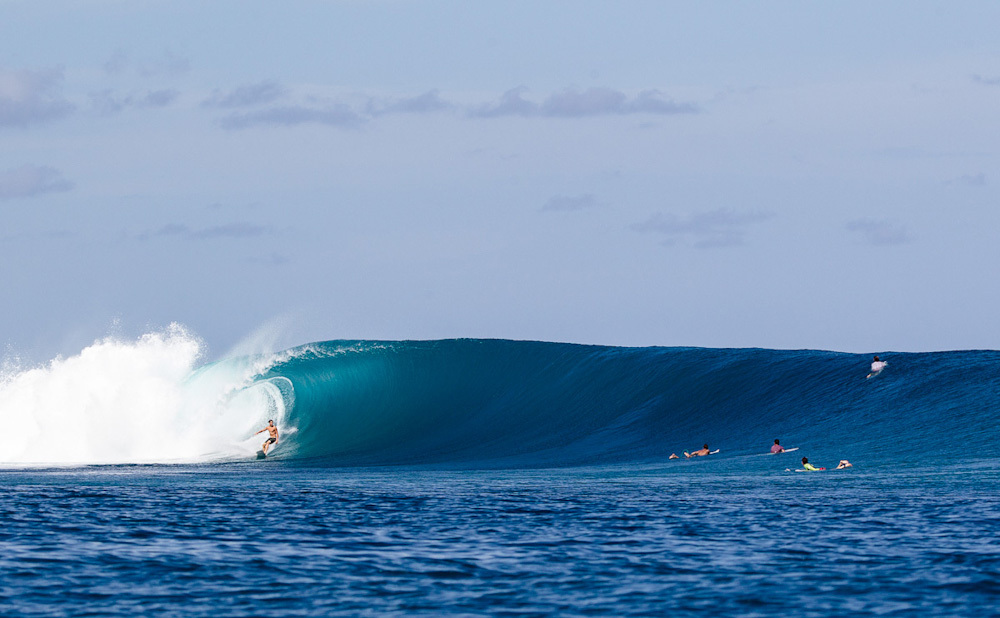 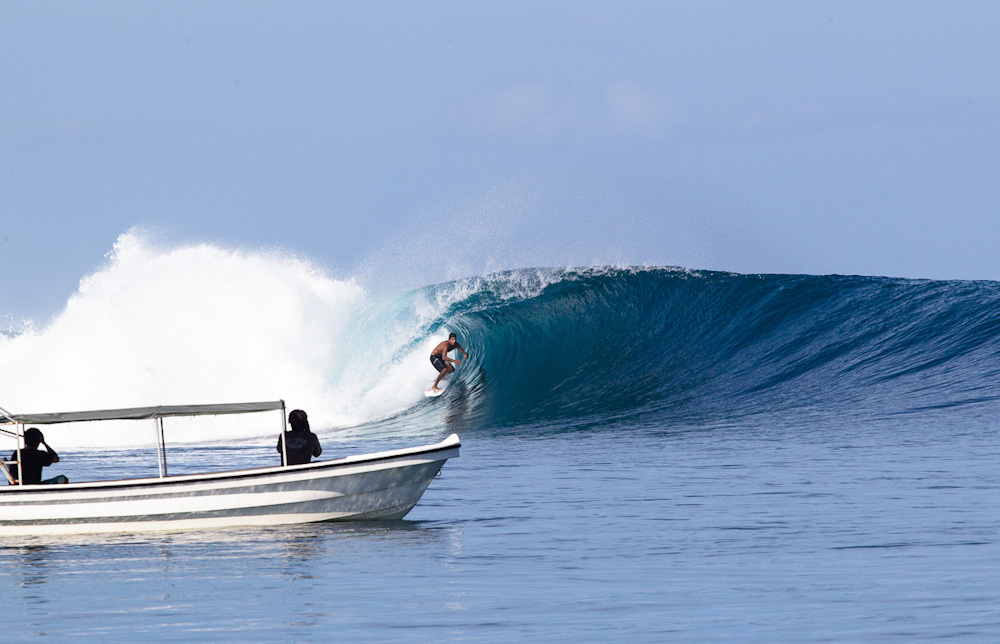 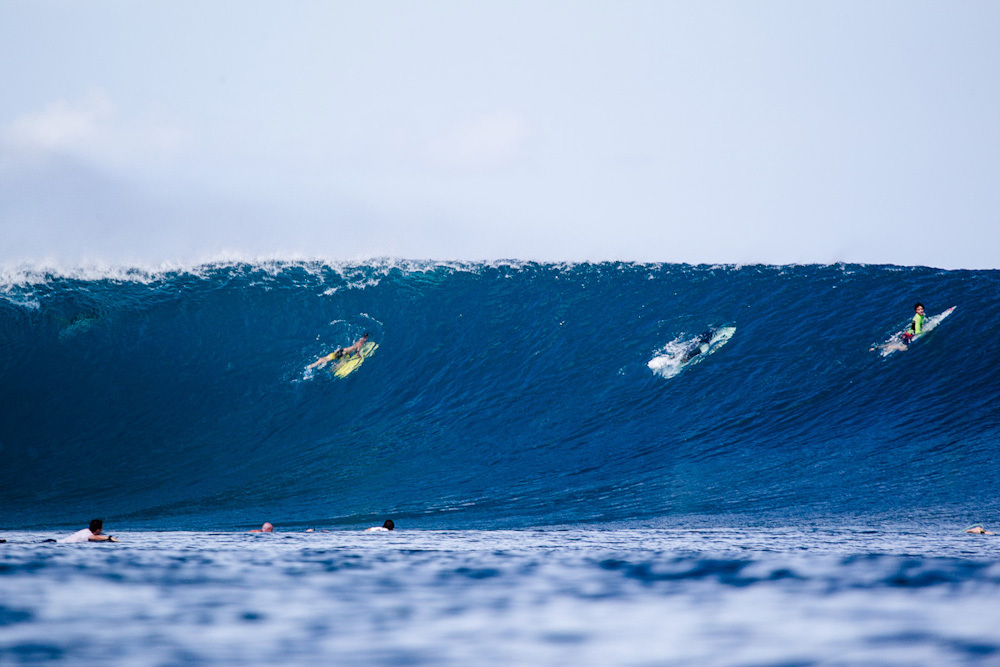 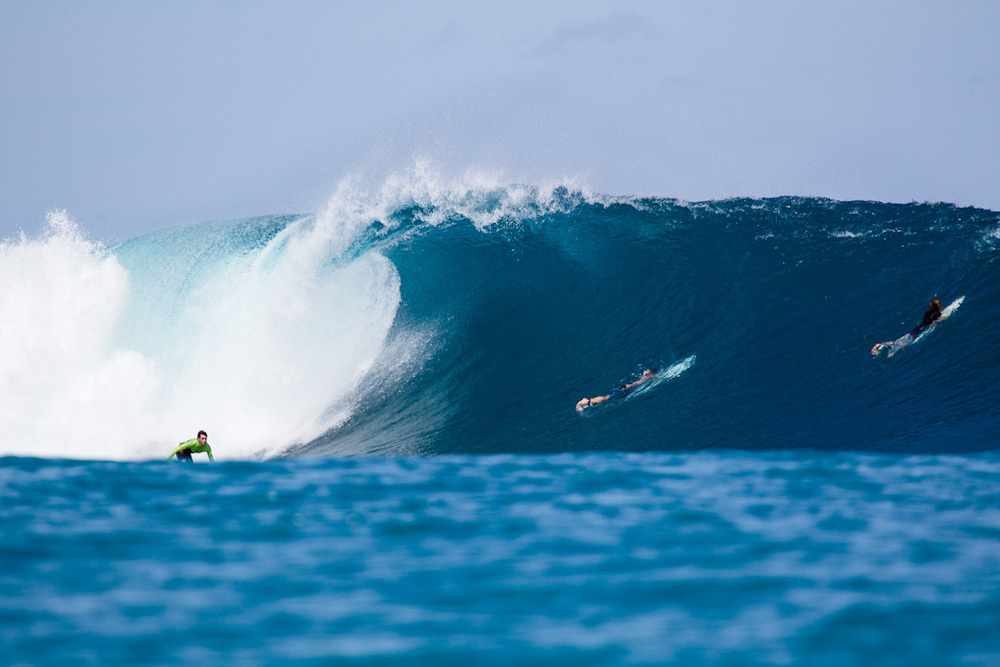 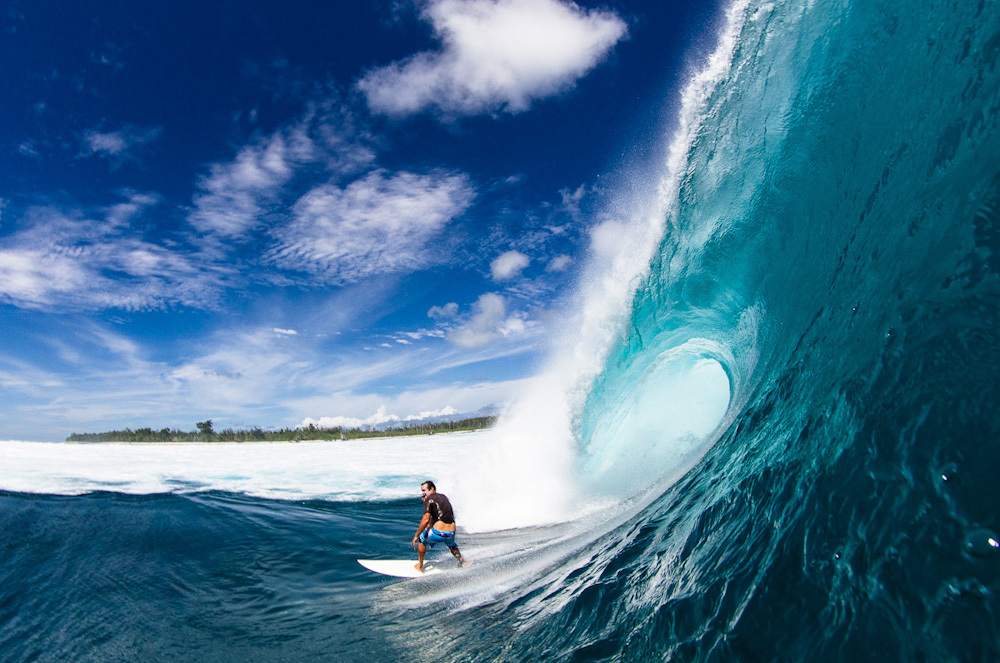 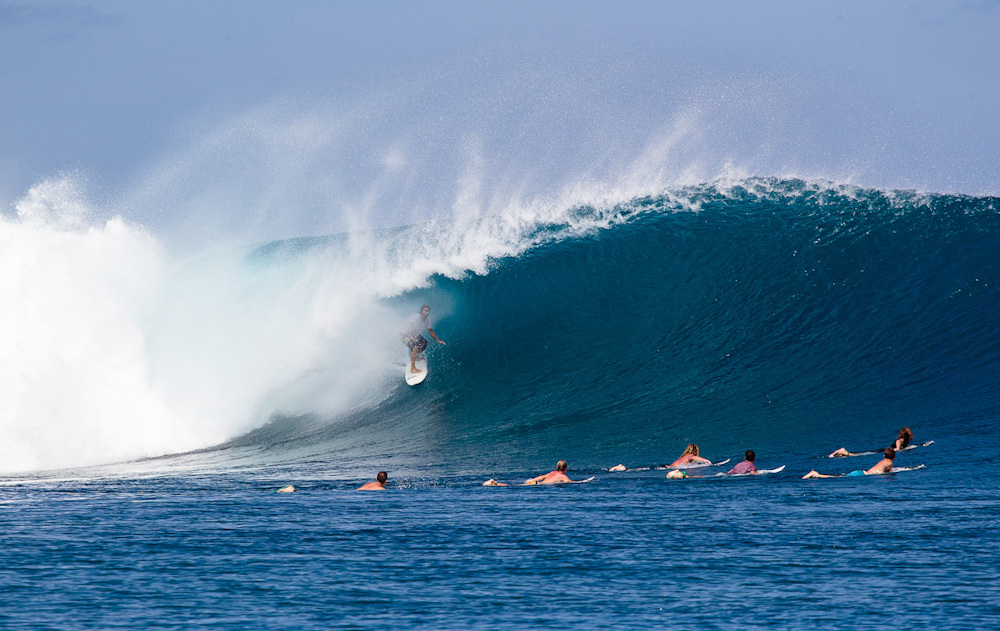 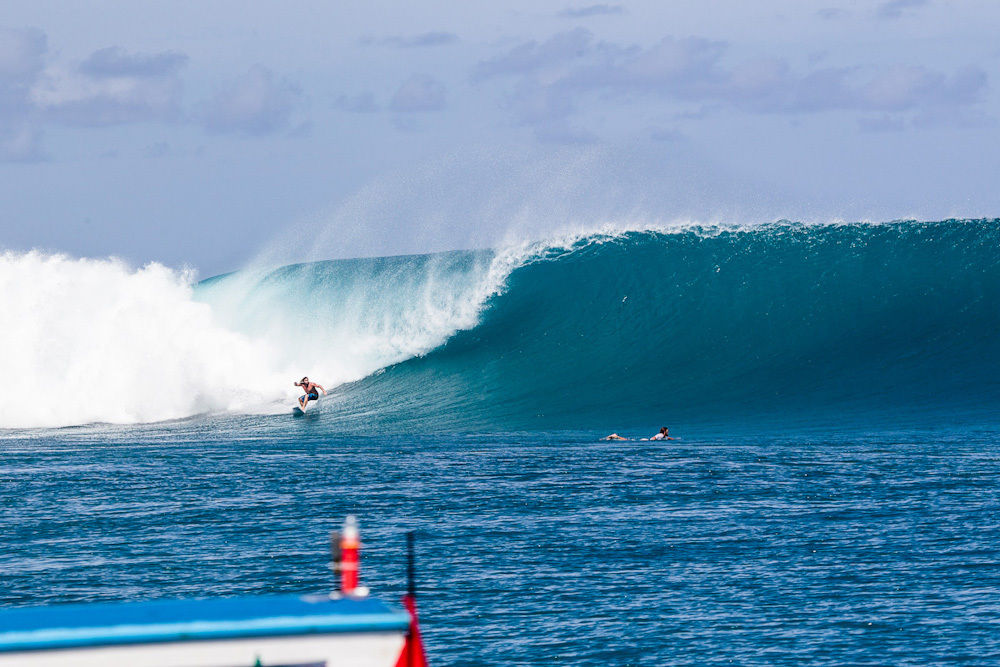 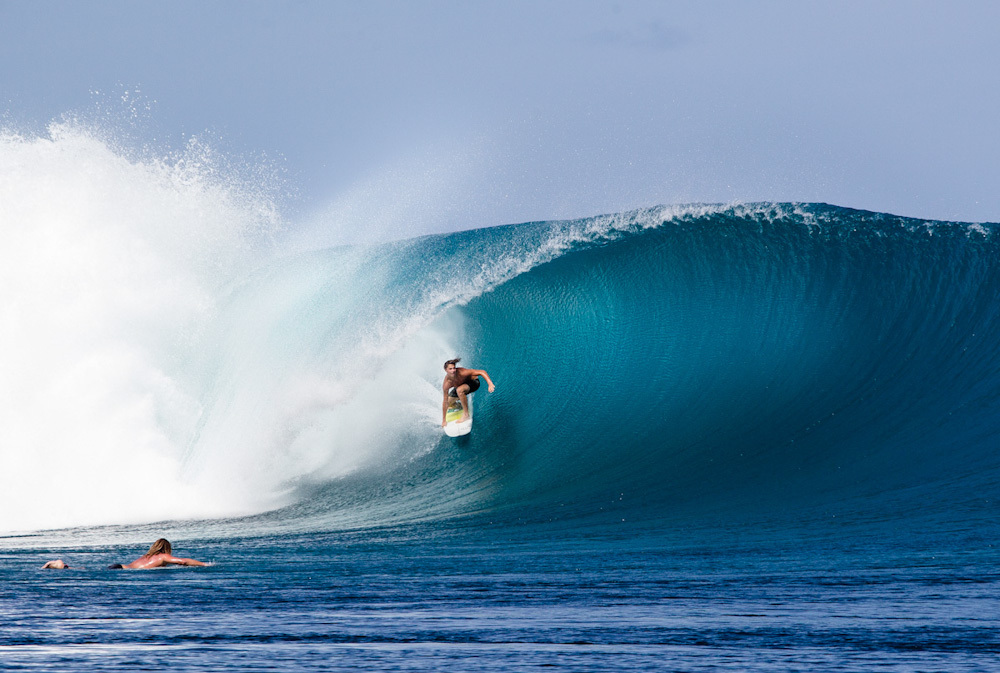 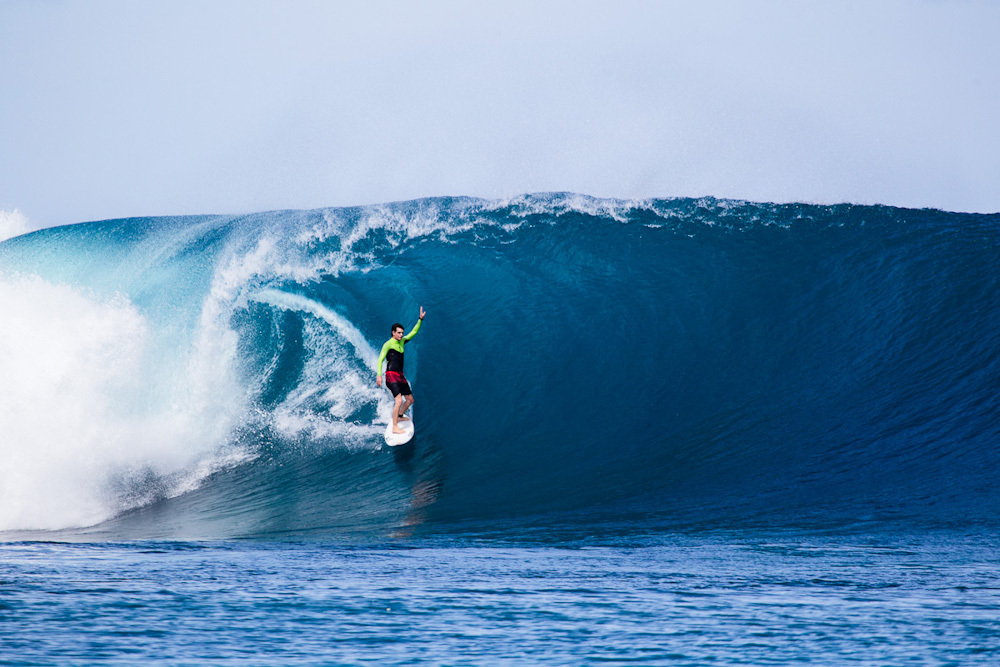 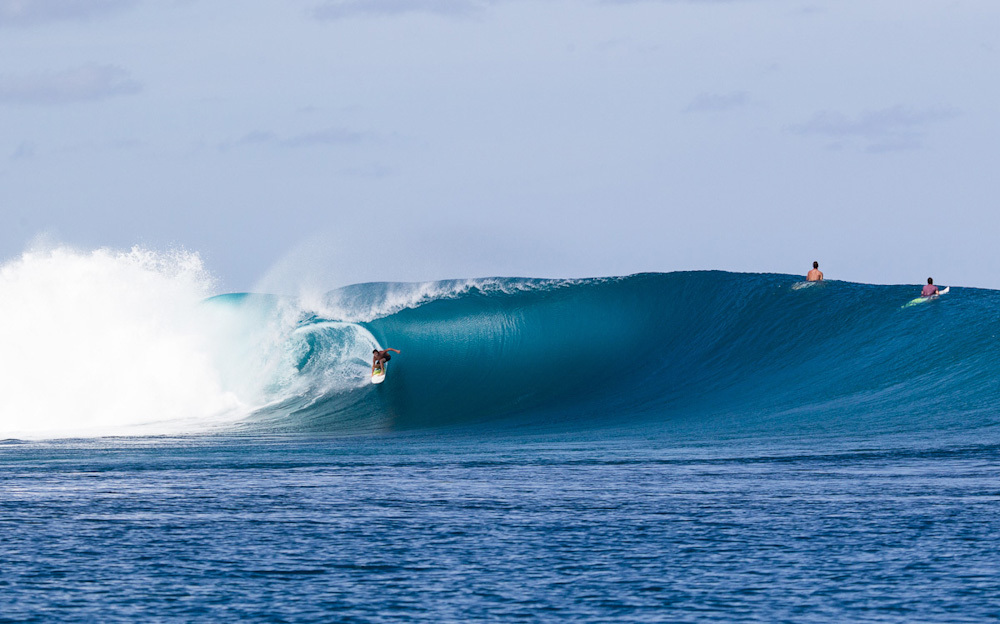 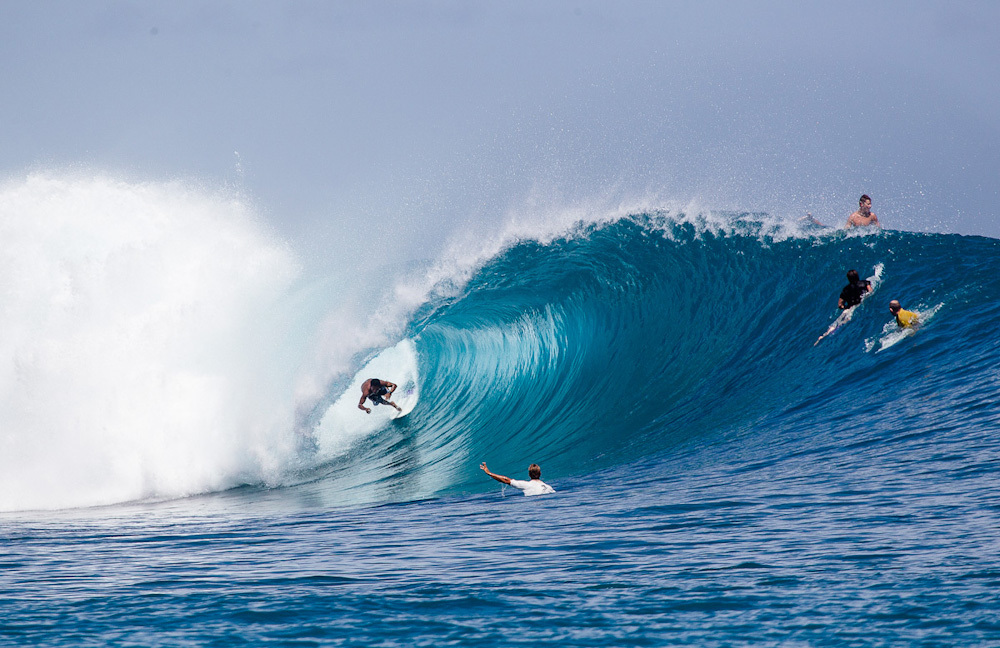 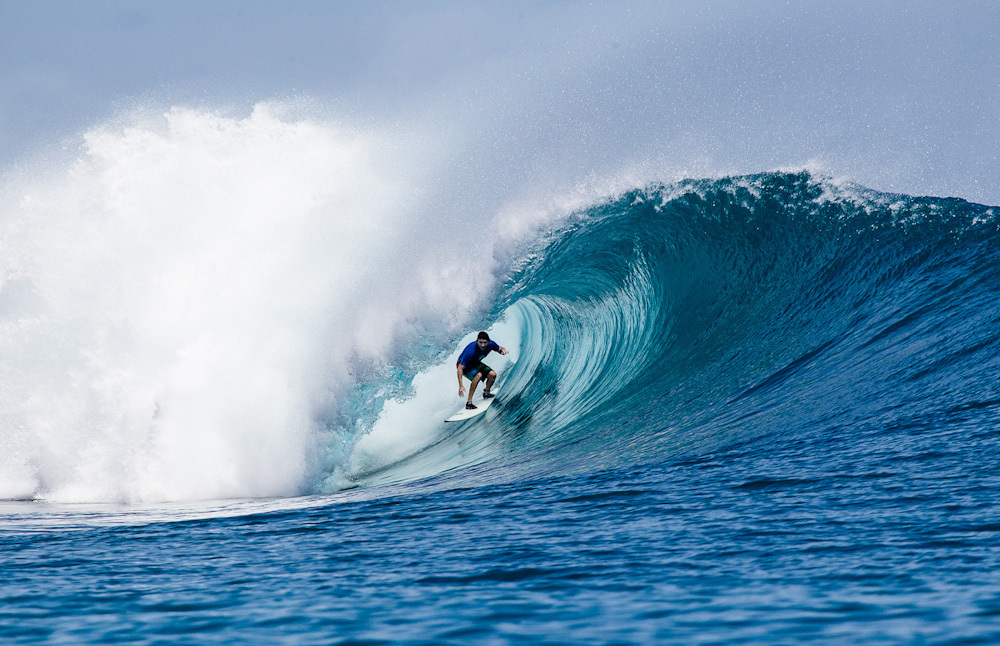 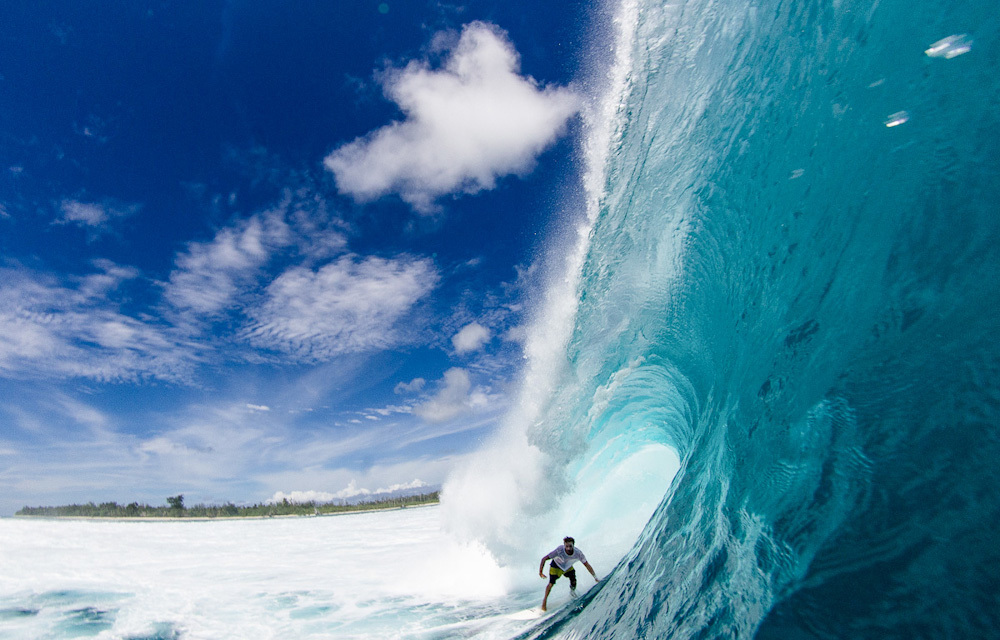 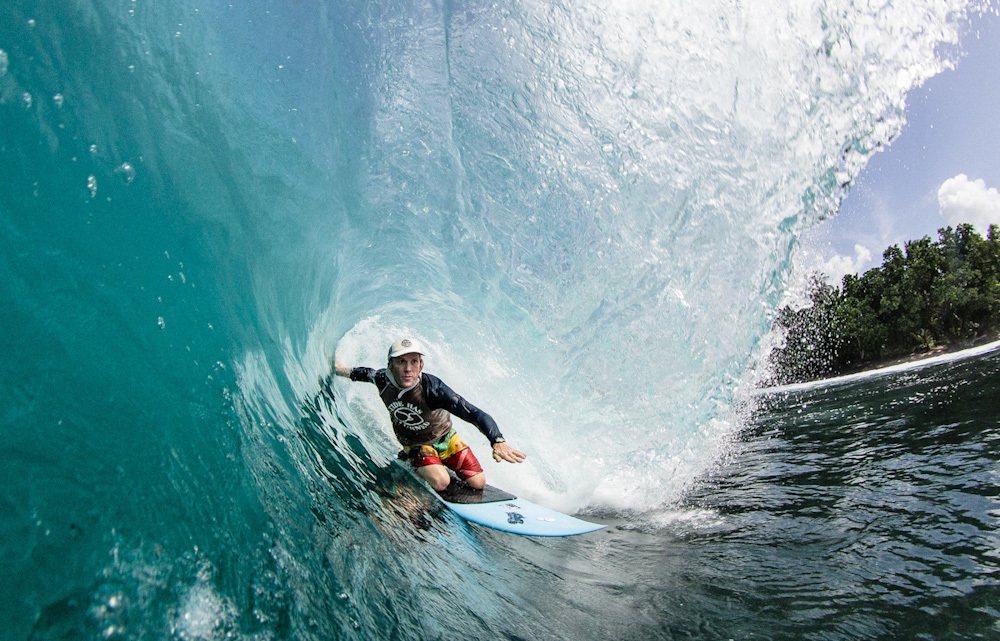 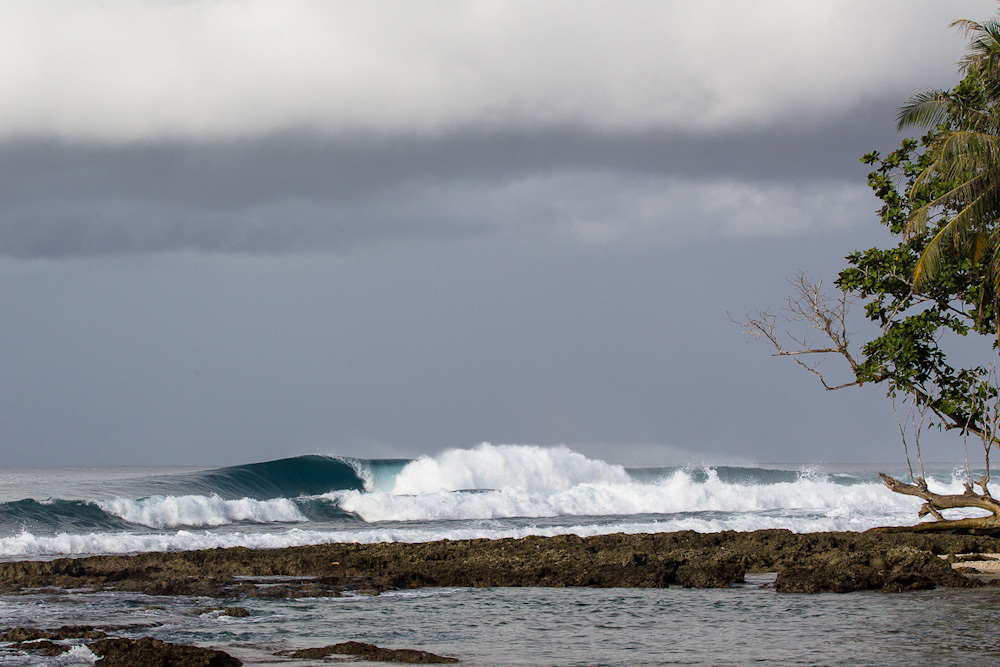 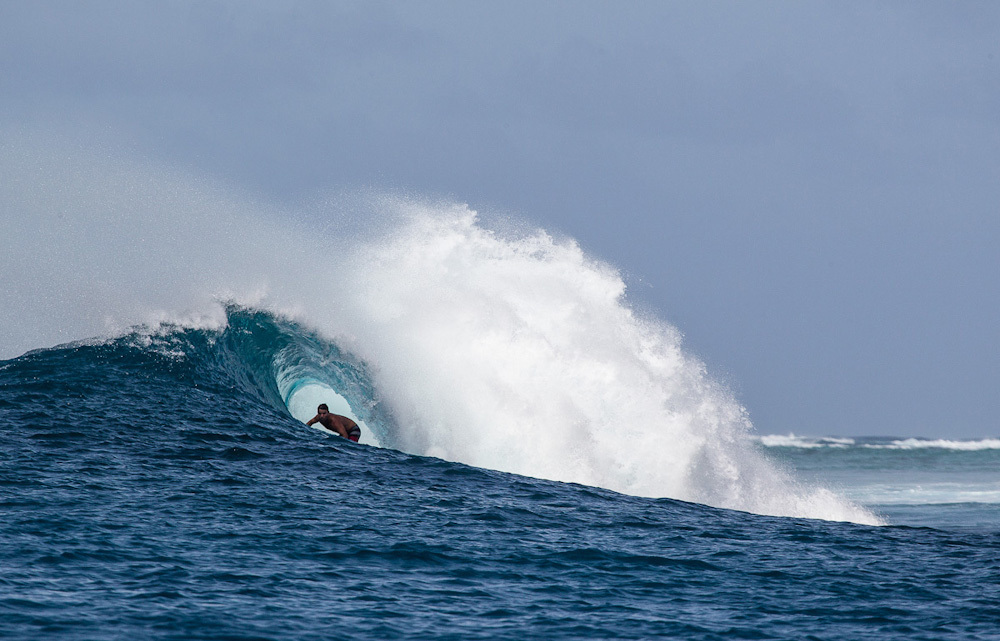 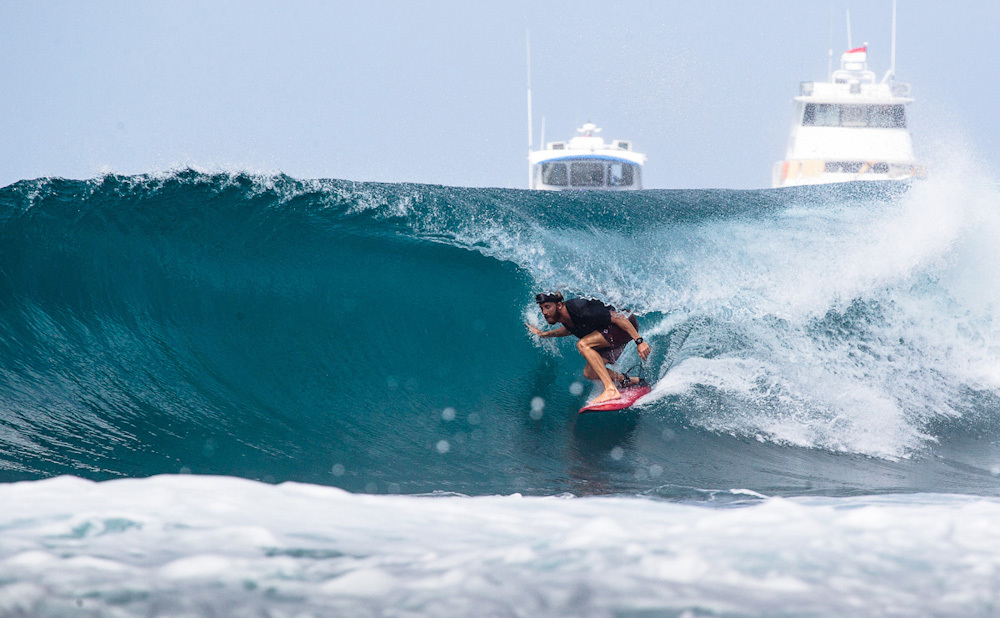