Only a Surfer knows the feeling - Pitstop Hill September Report

Youʼre way out of your comfort zone. You thought you caught a glimpse of a big lump out the back but now the wave in front is obscuring it and youʼre starting to wish youʼd stayed in the boat. The surfers in front of you rise back into view and youʼre watching for any sign of your impending fate as they paddle over the feathering crest of the first wave. Their heads collectively jerk to the side and they explode into a frantic paddle to the channel at the sight of whatʼs to come. Even though you canʼt see it yet, your fingers tear at the surface of the water, your heart sinks, your stomach tightens and you realize your mettle is about to get seriously tested.

Iʼm pretty sure fear is not what they had in mind when they penned the slogan ʻOnly a surfer knows the feelingʼ but itʼs a feeling that we as surfers know all too well.

The first time I paddled into a 3 footer as a grommet really felt no less terrifying as the first time I paddled into a 6 footer at BankVaults. Itʼs all relative. So whoʼs the more courageous surfer? The charger comfortably taking the sets, the person whoʼs gathered up all their grit just to be paddling around in the line-up or the surfer at the more sheltered spot around the corner pushing his/her limits? Either way, as this month started, all surfers in the Mentawai Islands had cause to feel anxious. The charts showed giant areas of colour marching north through the Indian Ocean and while the faces of some intrepid hell-men lit up, the faces of others reflected the hue of the green blobs that were staring back at them on the screen.

The south swell hit us with predicted force. The coastlines came to life but so too did the storm fronts that blew strong northwest and dashed any hopes of Rifles being all-time. So it was left up to BankVaults and Nipussi to provide surfers with their adrenaline fix.

The winds were howling. Normally taking a back seat to BankVaults, Nipussi was clean and stepped it up a notch giving a few valourous men an opportunity to throw caution to the wind and throw themselves (and their generously proportioned gonads) over the edge of some steep, dark, stormy walls.

As the month rolled on, the swell became more manageable. Although the chargers in the area were now cruising, some of our new guests were boldly stroking into some the biggest waves of their lives at smaller sized BankVaults, Candies, Rifles, Pitstops and Burgerworld.

By monthʼs end, the swell rose again, along with the fortitude of the new wave of surfers. BankVaults seriously tested both surfers and water photogs alike (not mentioning any names) and Rifles finally sprung to life as sizey hollow pipes coiled down the reef.

Depending on who you ask, every day in September pumped. After watching surfer upon surfer push their limits and triumph over their fears, I felt that old tag-line needed some revisions because ʻOnly a surfer knows the feeling of overcoming that feelingʼ. 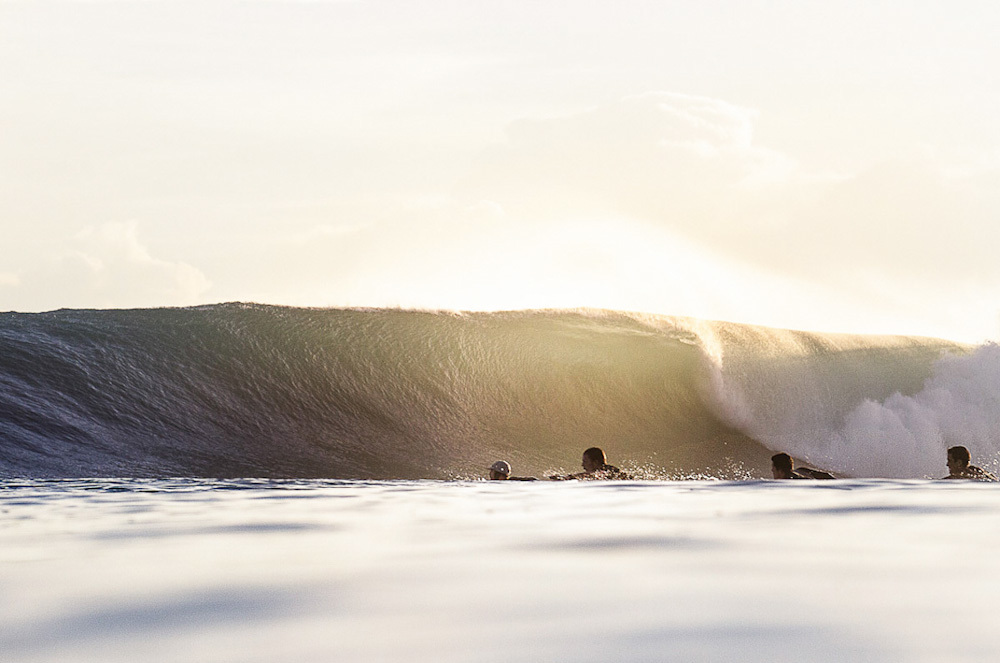 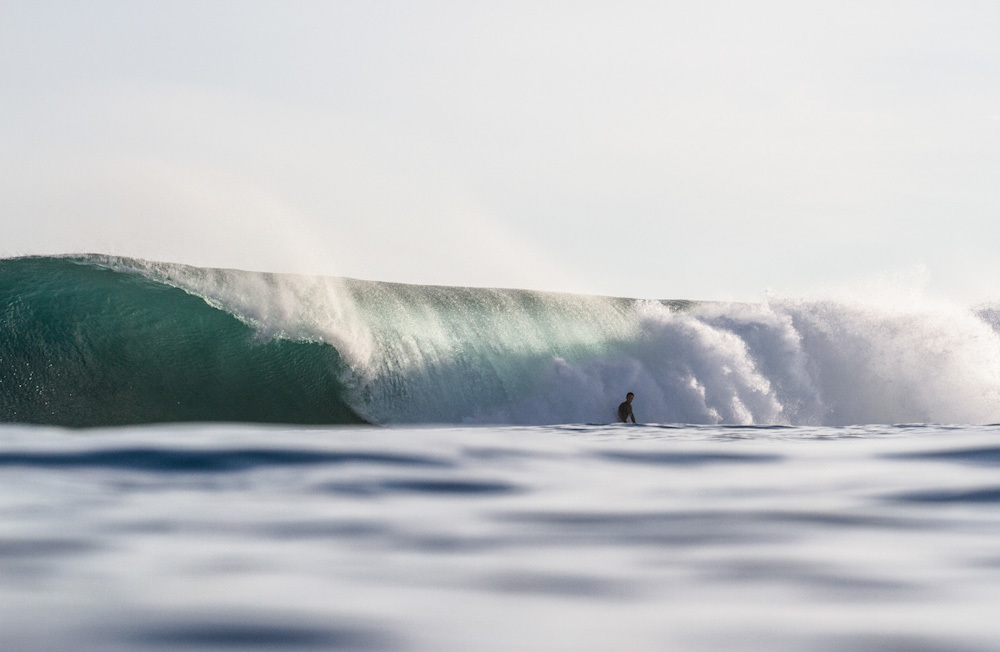 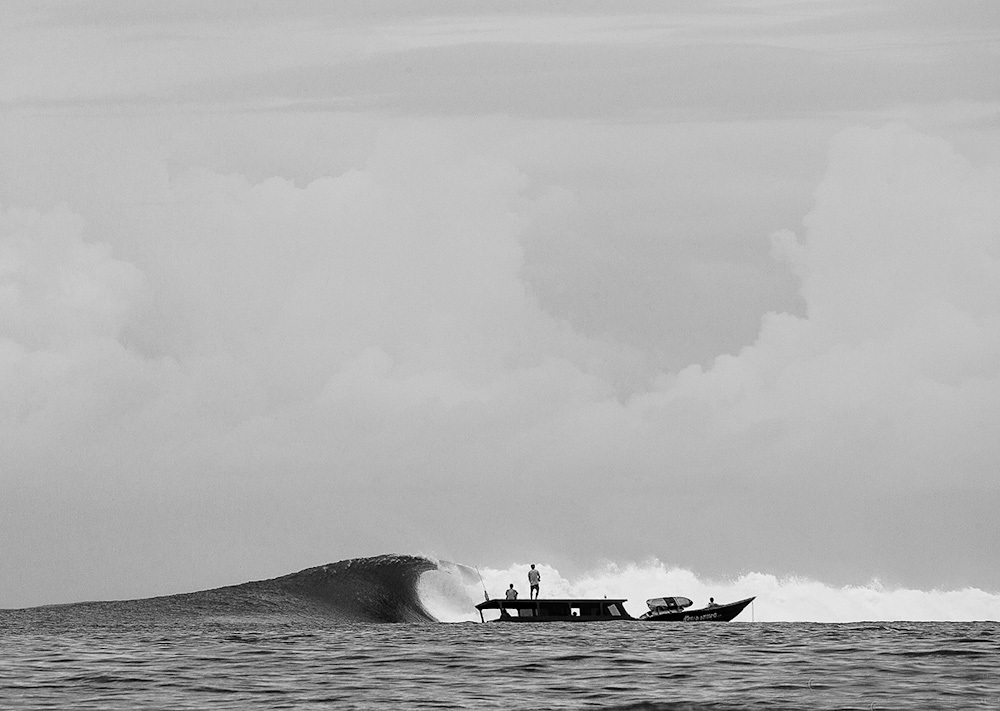 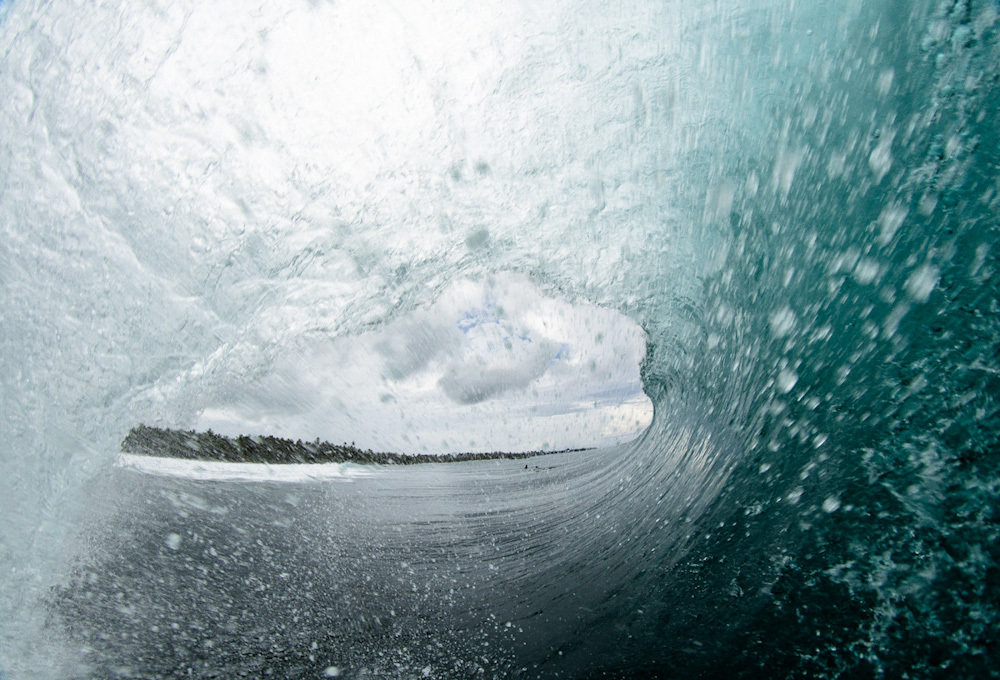 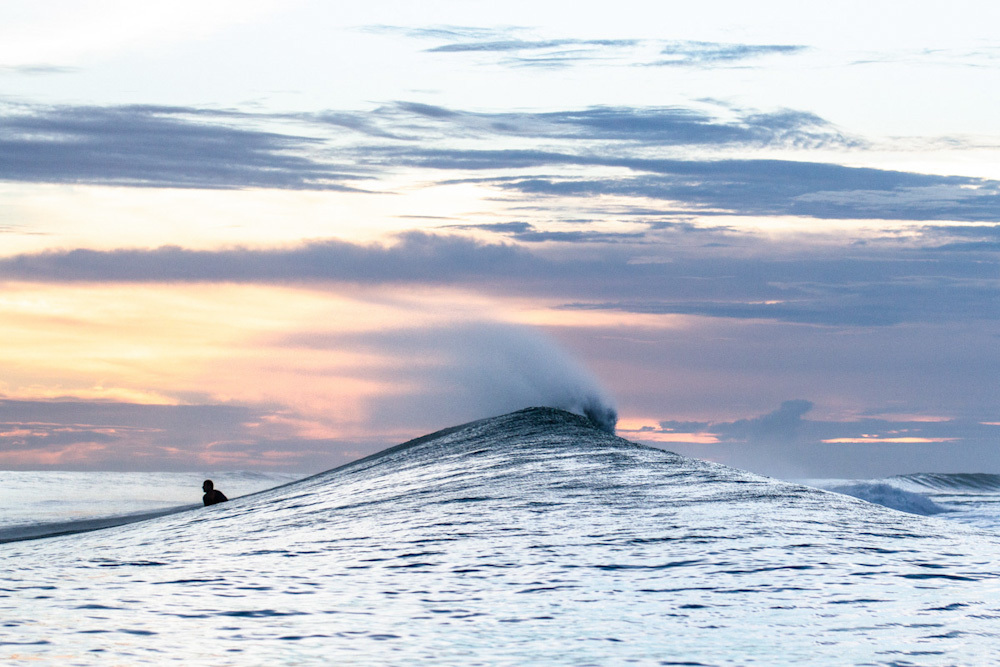 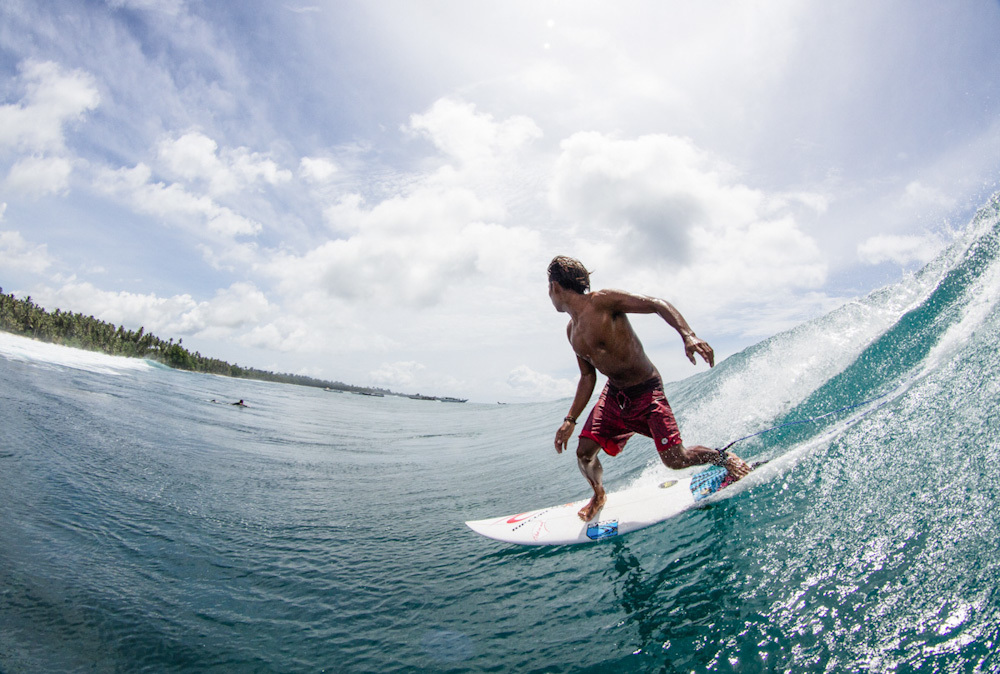 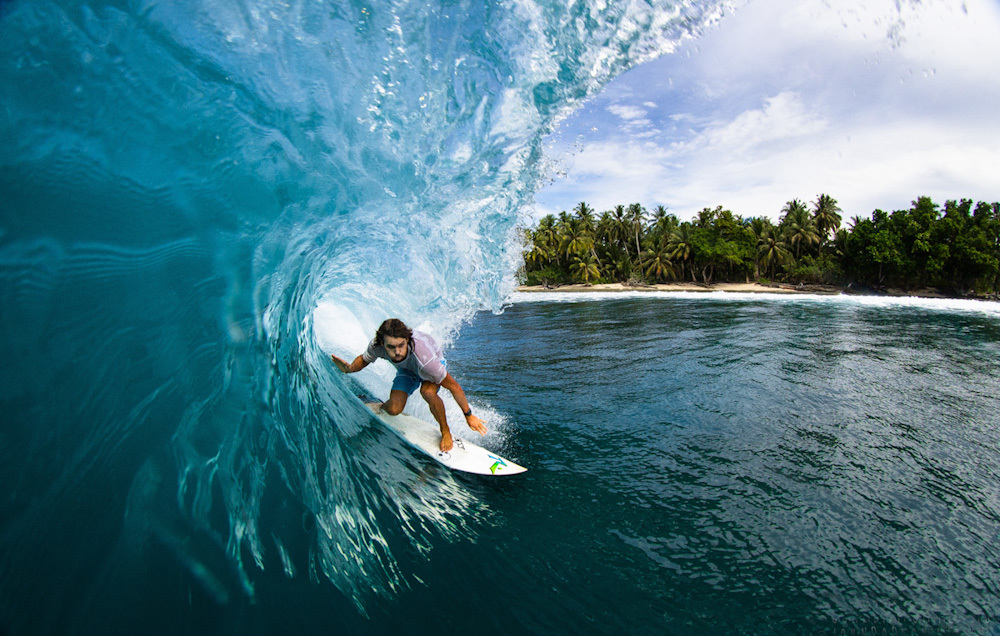 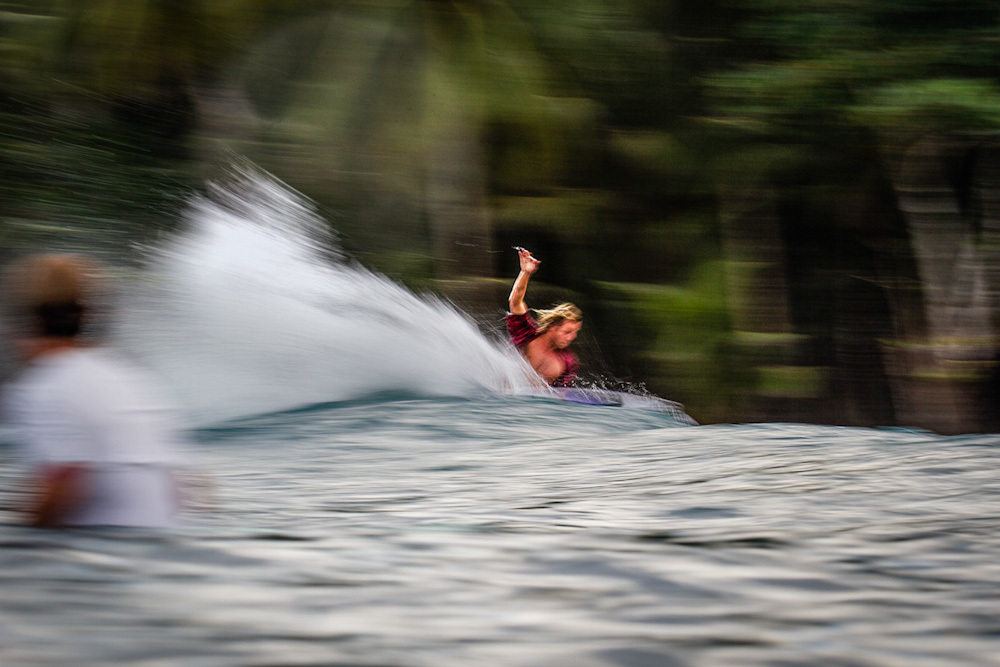 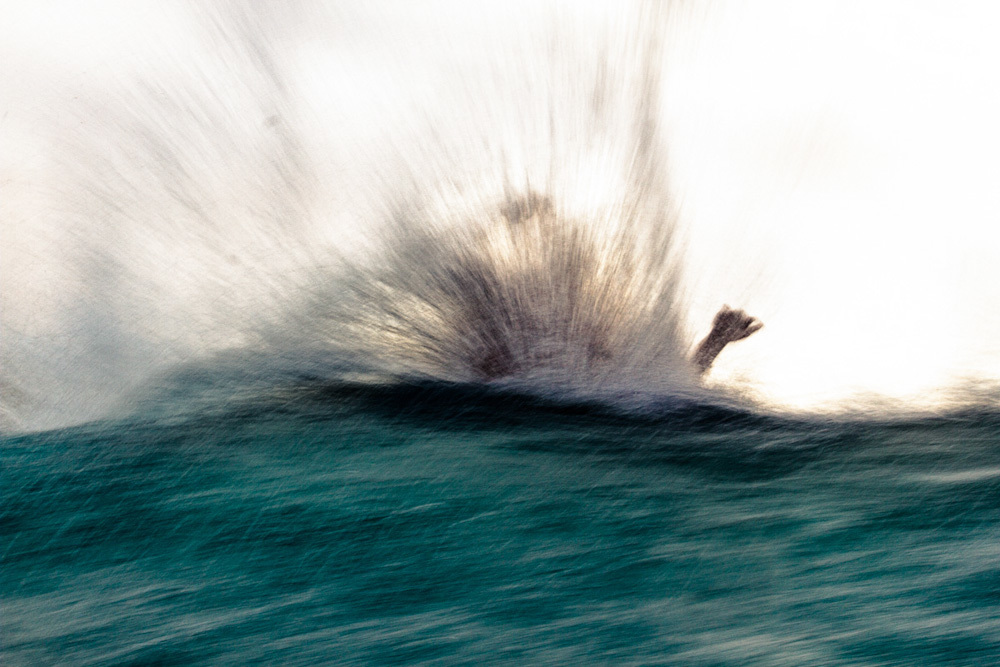 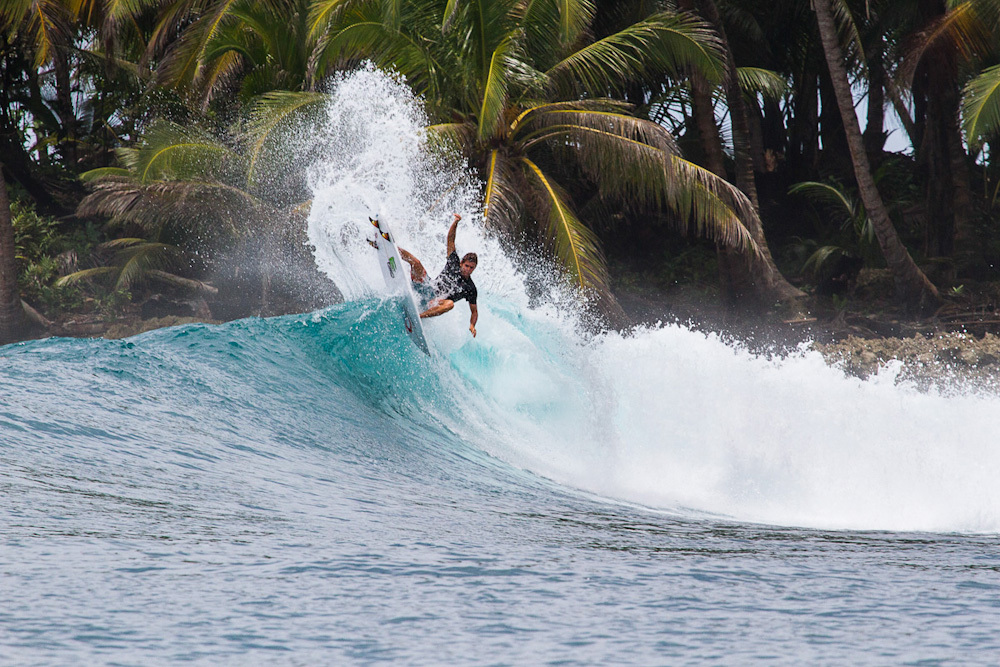 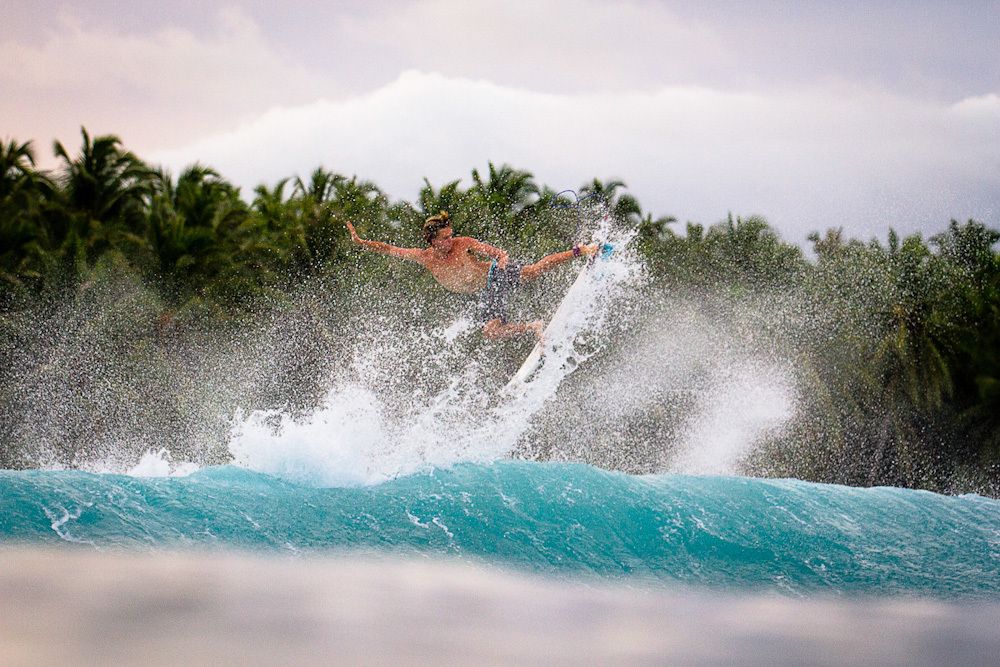 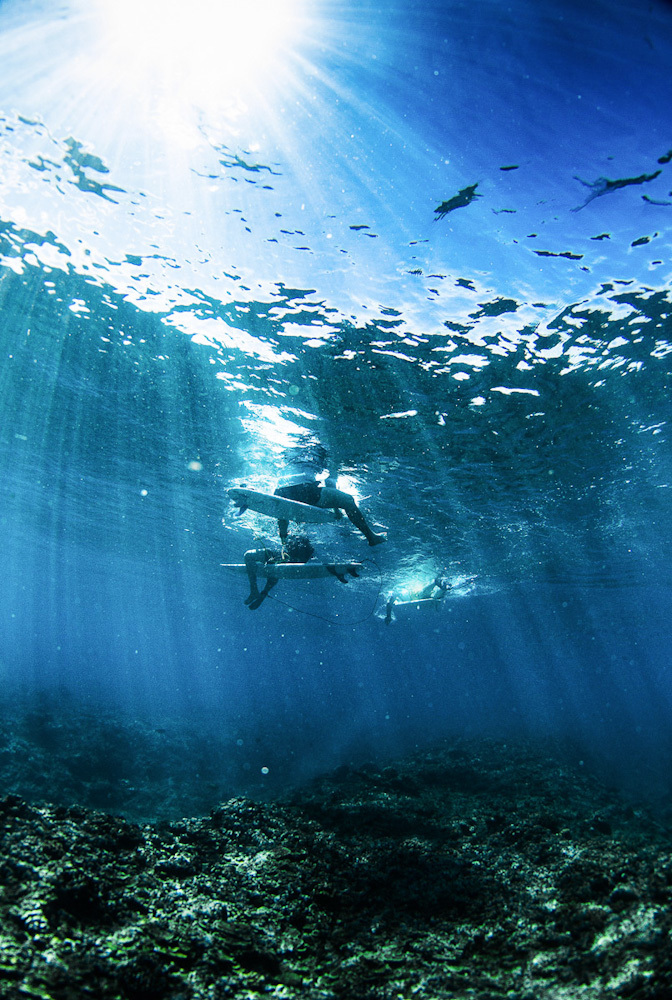 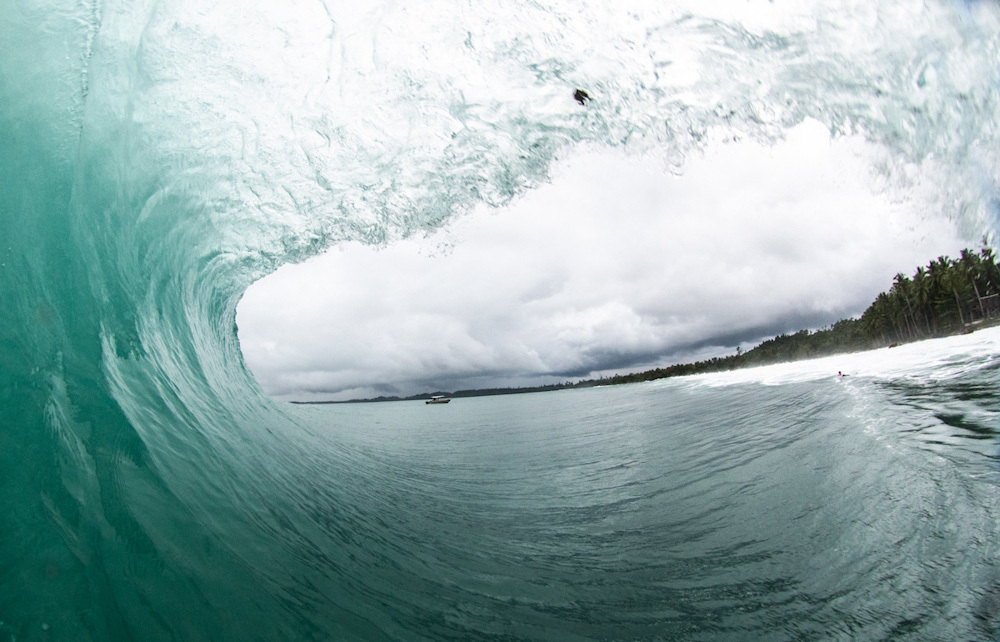 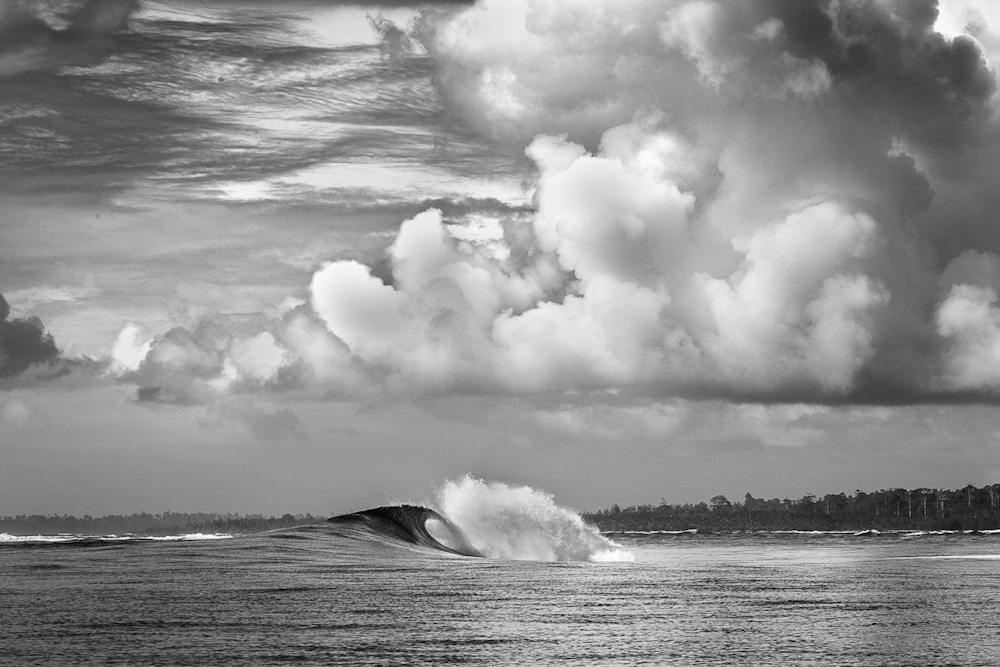 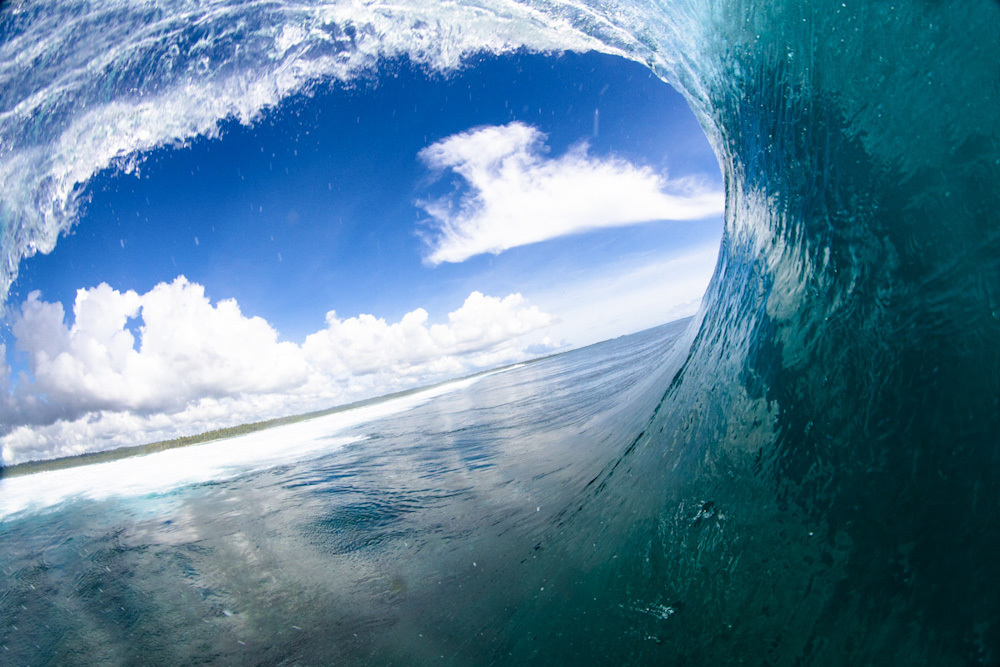 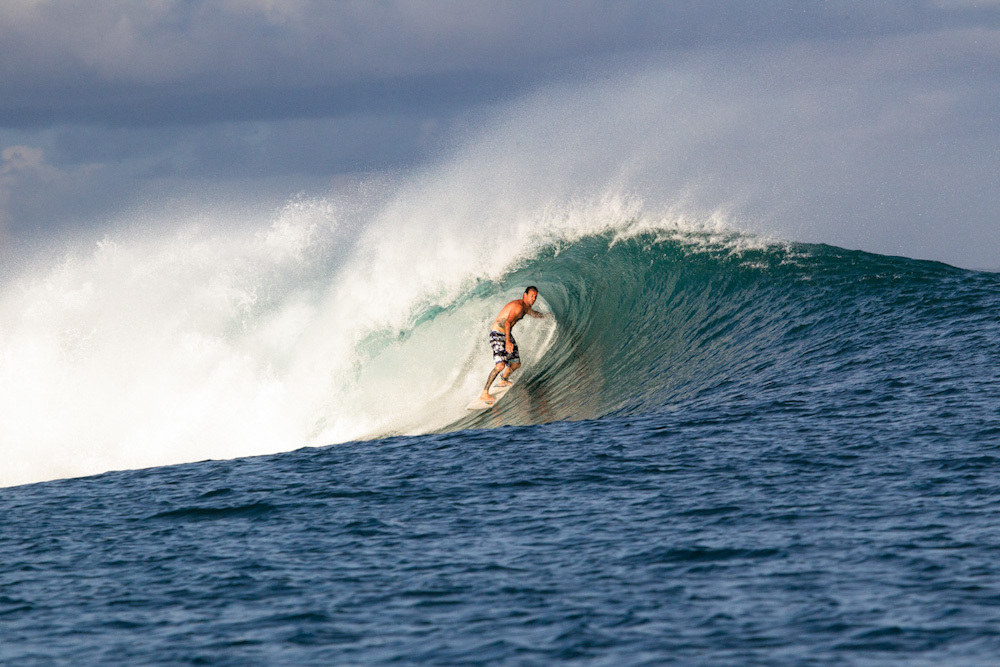 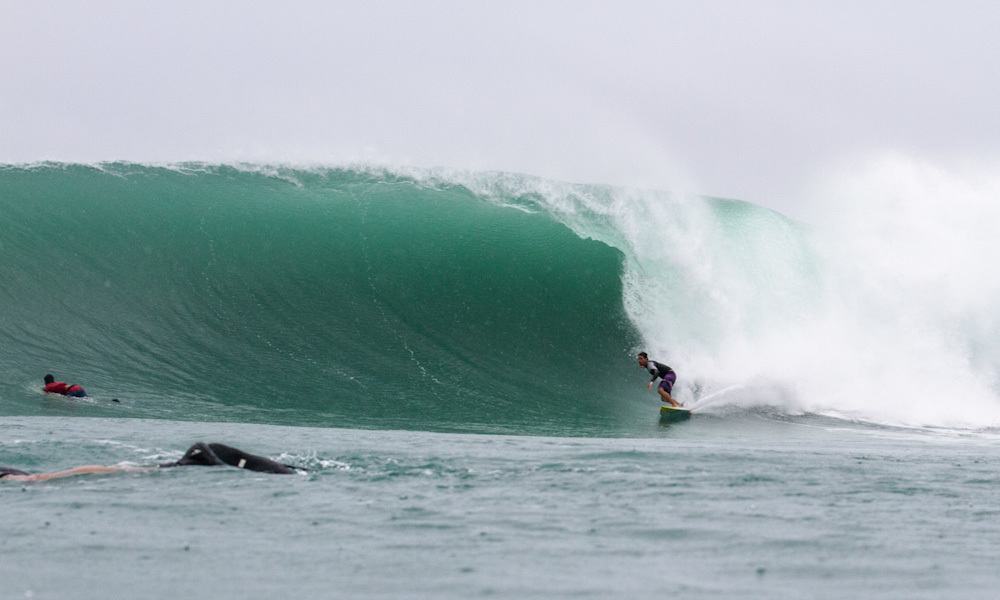 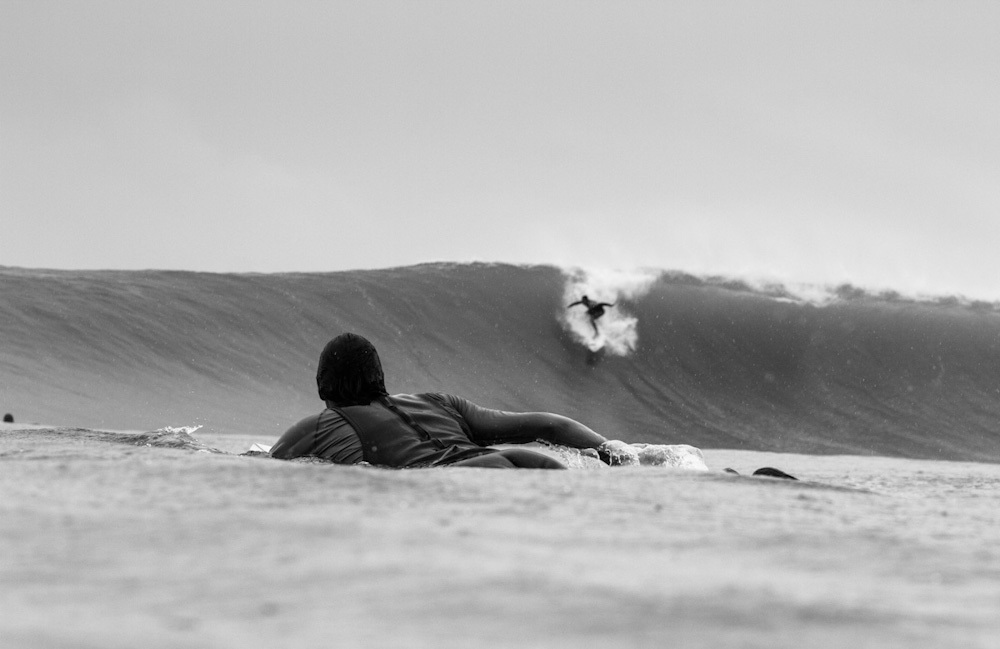 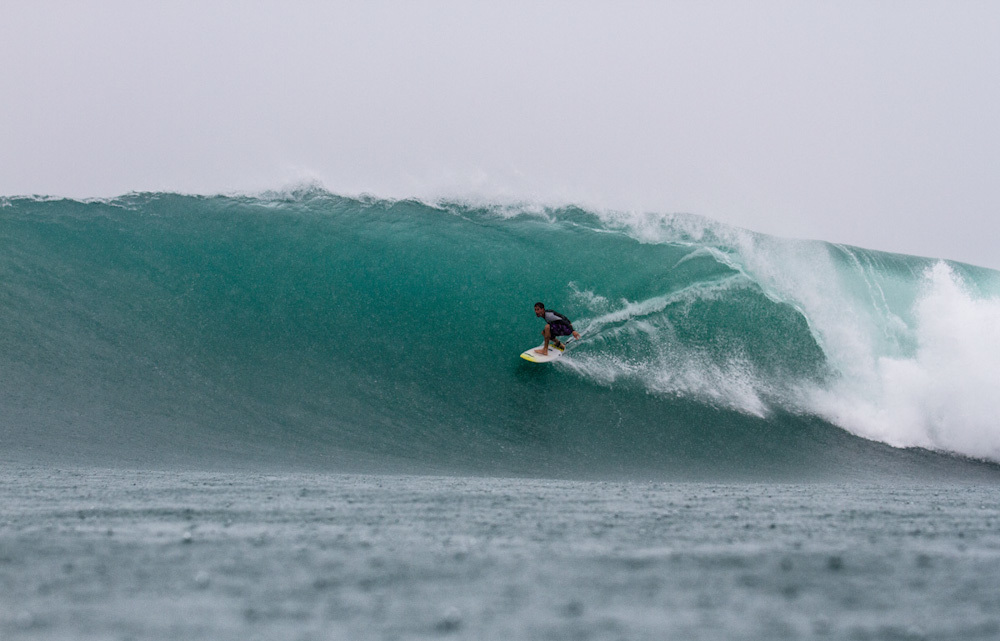 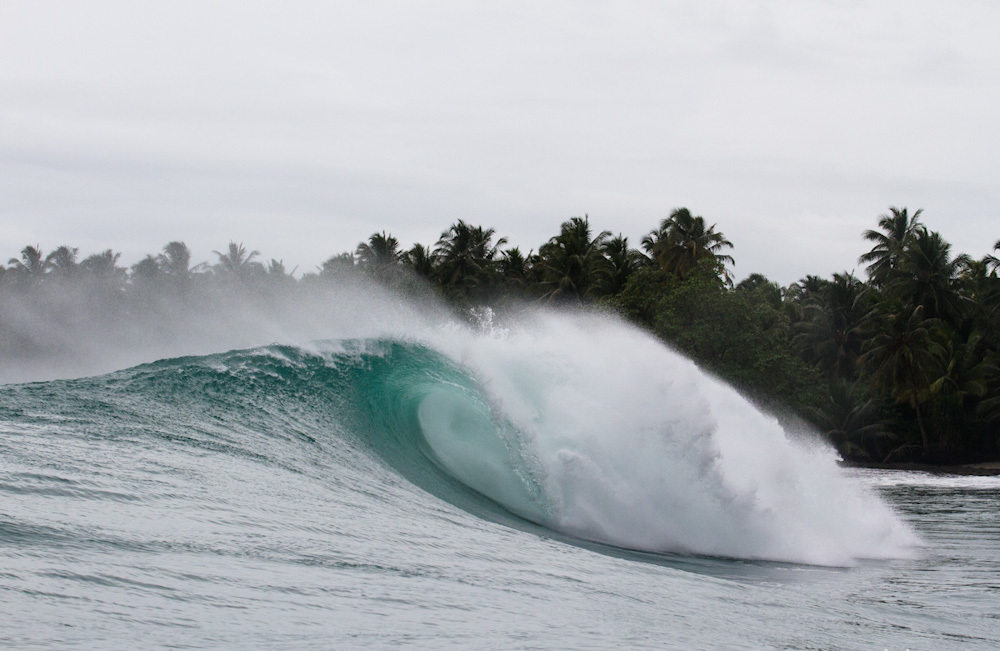 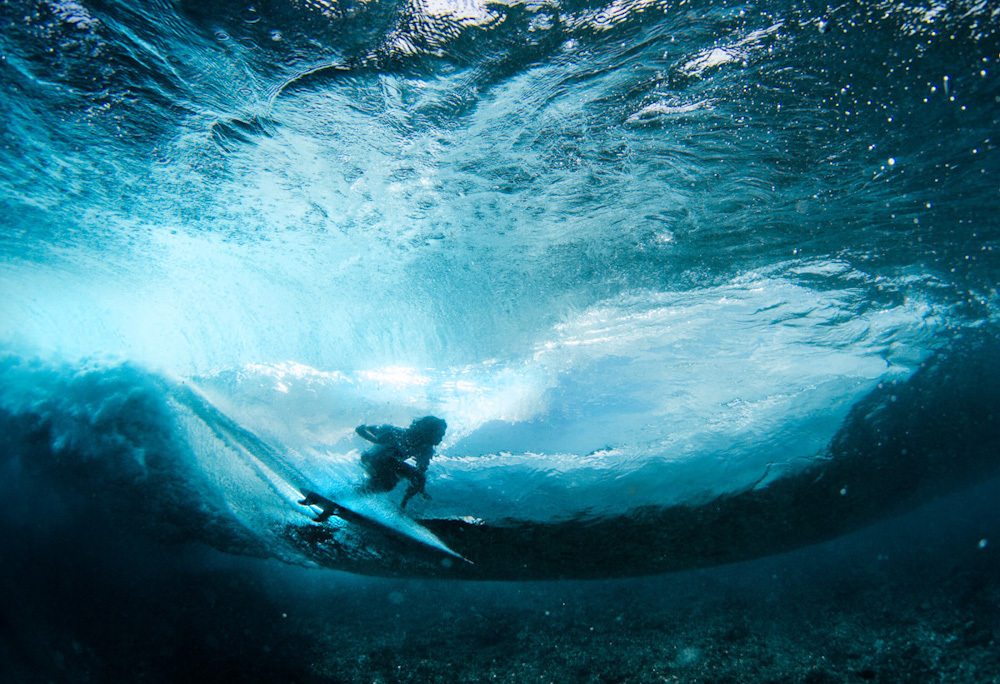 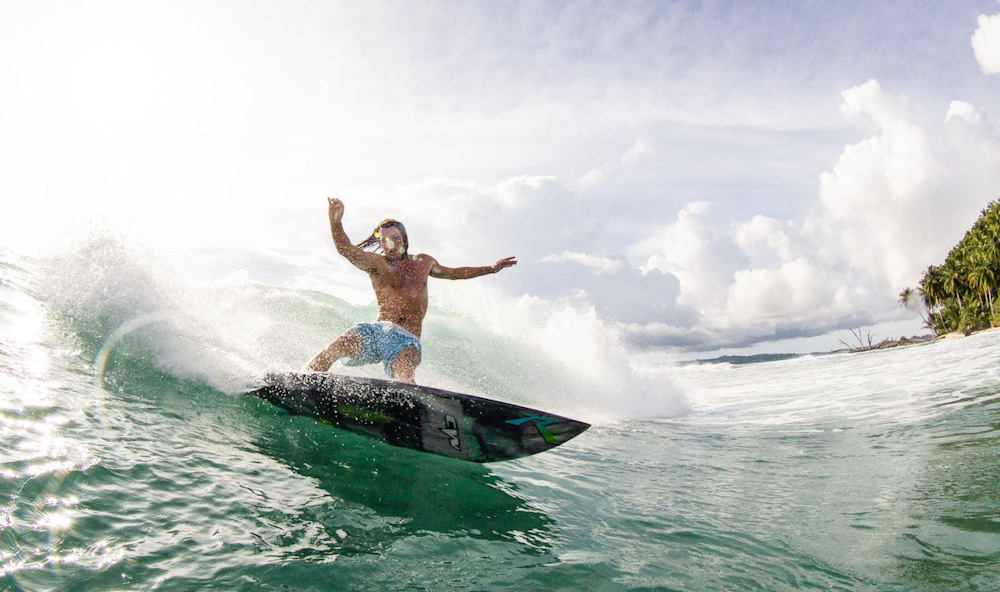 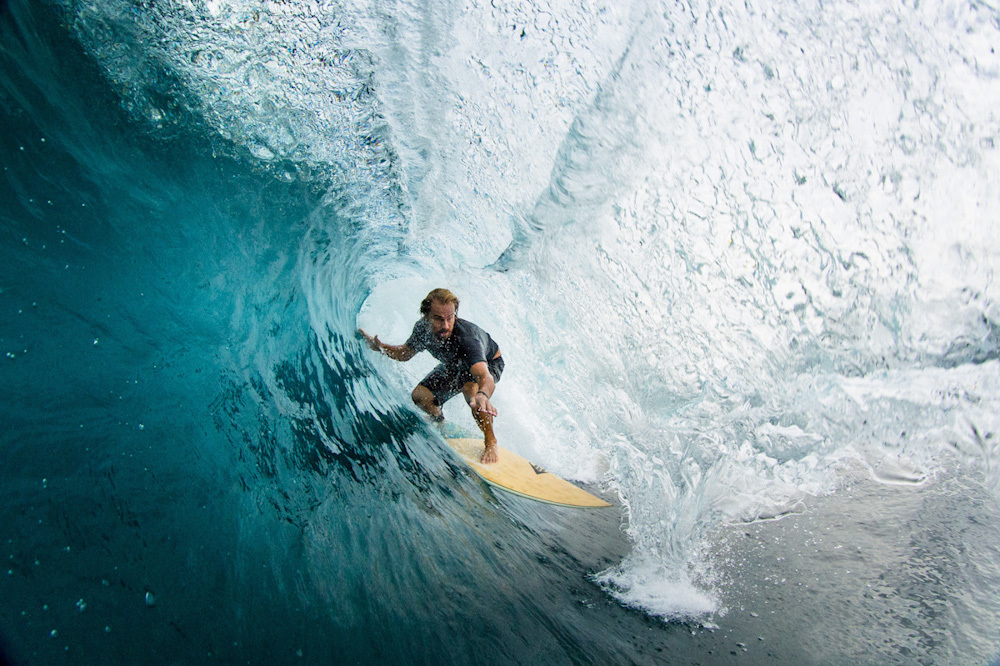 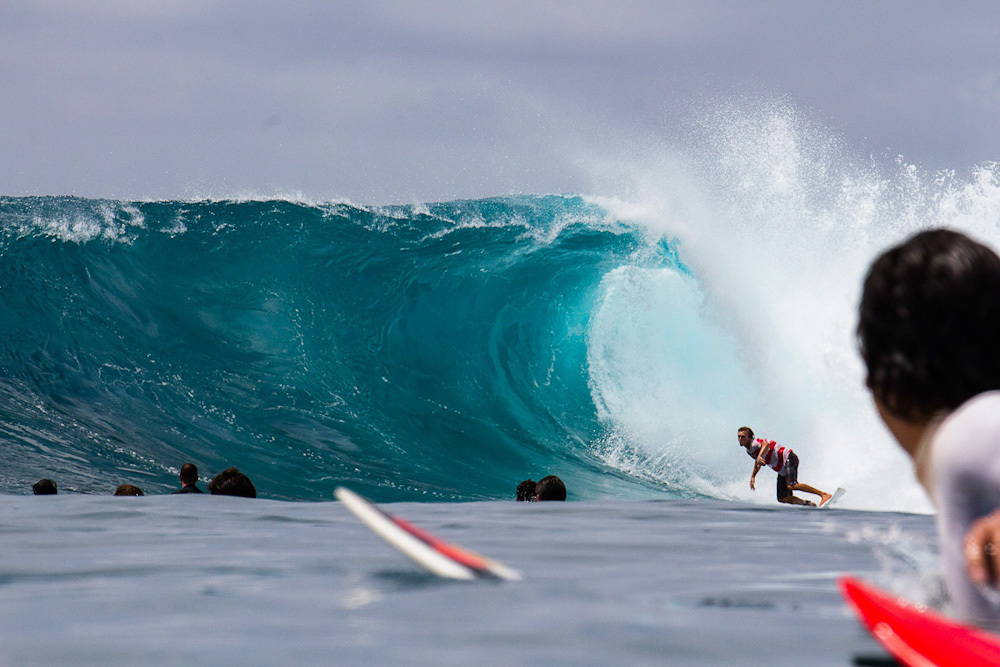 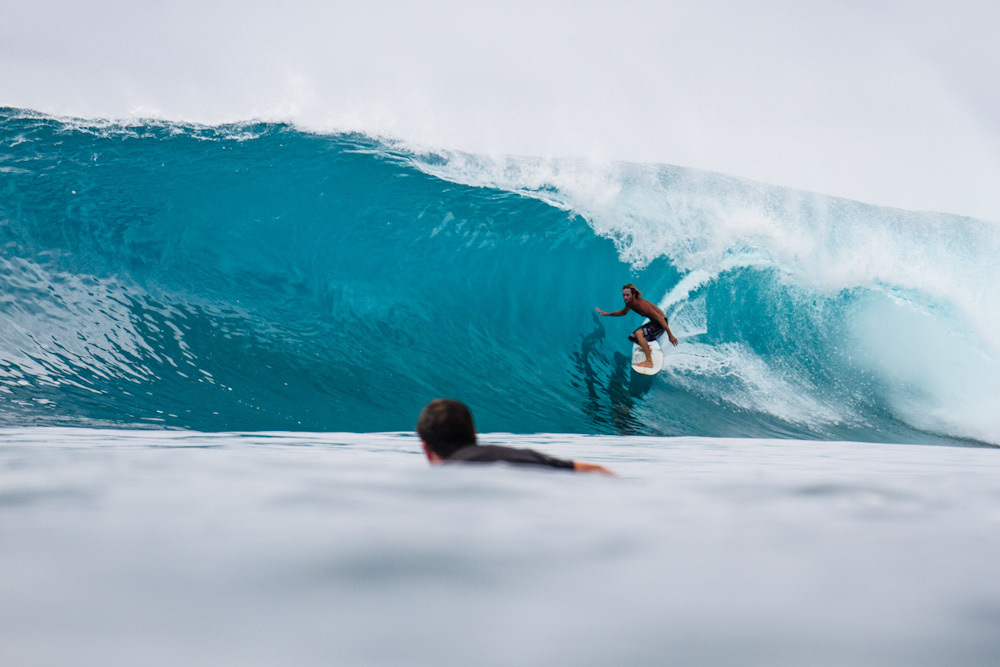 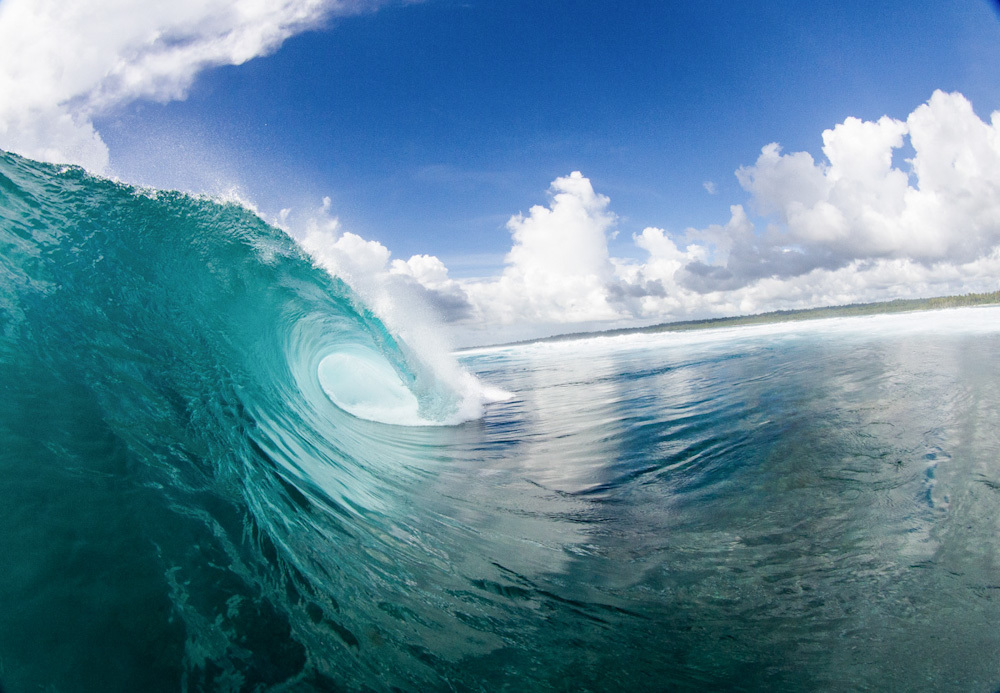