Dark To Light - Paul Clark and the long way back. 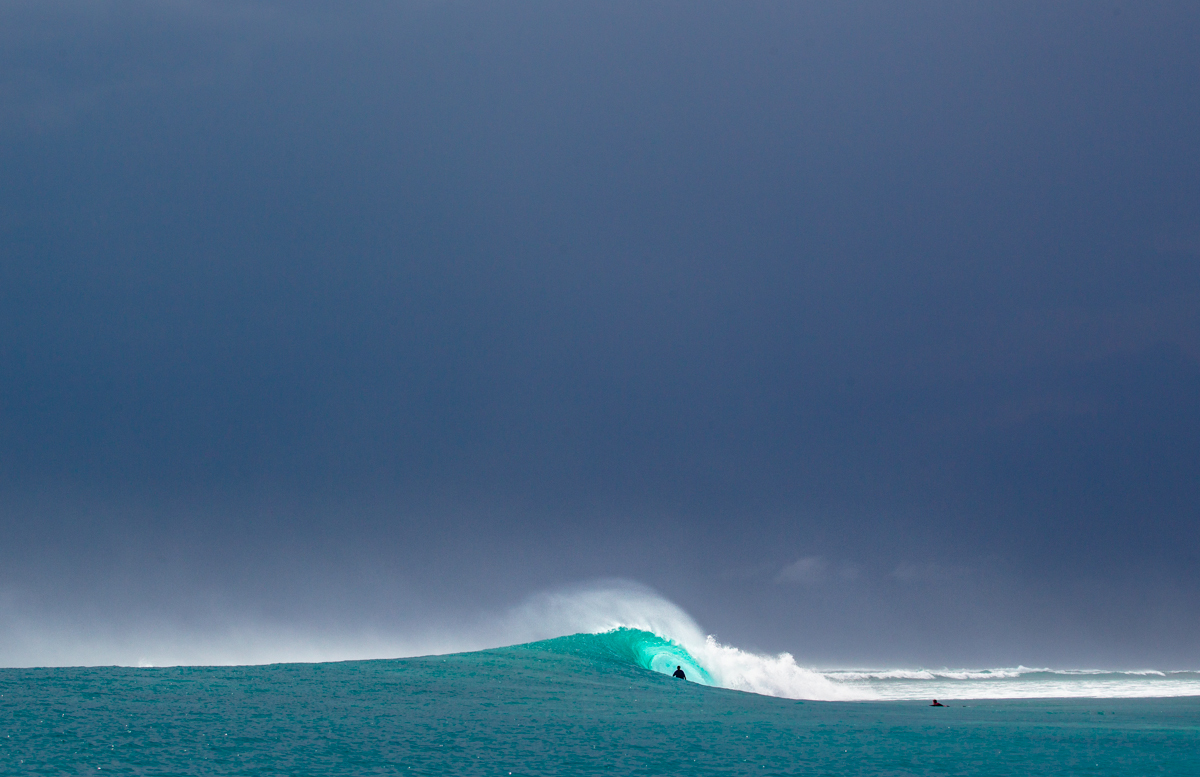 A flash of burning pain and then nothing. As he plunges into the suffocating darkness, the searing heat of his nervous system screaming signals of trauma is quickly extinguished by the numbness of shock. The urge to yell is suppressed only by the struggle to hold onto the remaining air in his lungs. Synapses that a moment ago fired messages of distress now carry the thought through his mind – ‘Oh shit, this is not happening’.

Watery fists frantically push, punch and grab at his limbs as they attempt to rag-doll him over the shallow reef. Muffled sounds of the water tear past his ears while deeper, the fluid of his inner ears spin in a whirlpool of disorientated turbulence as he somersaults beneath the surface. Then finally – light.

The next wave was a blur. There was barely time to compute what was happening but he managed to call for help before he had to go down as it landed on his head. Luckily it wasn’t one of the 8-10ft sets that had thundered and lurched as it freight-trained through the lineup only 10 minutes before. He surfaced again and had time to look to the channel for assistance. He could see blue smoke splutter from the outboards as they roared to life and splashes from his friends jumping off the b!oat. ’Thank God, they’ve seen me’ he thought as he went down for a third time.

This time when he came up, he had time to reach for his board. In a panic to get out of the impact zone before a wave came that he couldn’t swim through, he yanked on his leash, pulling it toward his left arm. The board hit his hand much quicker than his spatial awareness had anticipated and it was then he realised his arm was not where it was supposed to be.

“Ok buddy, you’re going to need to go to your happy place” a voice said in a stereotypical American drawl. However, with the potentially dangerous amount of Oxcycontin that he’d chewed on in the chaos, it was his happy place that was coming to him…. quickly. An hour earlier he’d been taken to a nearby surf resort and dragged up the beach on a mattress – in too much pain to be carried and far too nauseous to walk. Two medics now grappled with his body, tugging his torso and kneading his arm to coax the shoulder into entering its socket to no avail. Little did they know, too many tendons had torn and retracted, some even winning the tug of war with the Humerus, dislodging shards of bone as they recoiled. It was staying out.

From the Mentawai Islands, it’s a long and bumpy journey to mainland Sumatra. Inhibited by the dark and a lack of available transport options, he’d spent the night on a mattress on the floor while he waited for morning light. Now, almost 24 hours after the incident and with his shoulder still homeless, he came through the doors of a Padang hospital. For most, this would bring a sense of relief but for someone who had already called this part of the world home for 7 years, and sat at the bedside of his Fiancee in a snake bite emergency in the same hospital a few years before, comfort was quickly smothered with the unnerving knowledge of the kind of ‘help’ he was about to receive. Still, he had no choice.

He awoke from anaesthesia in a druggy haze in his hospital bed, his arm bound so tightly to his chest he felt like Tutankhamen in his tomb – and just about as alive. The doctor had already gone home but he was greeted by the nurse – or maybe she was the receptionist or even the cleaner – hard to tell when everyone is so eager to dispense their extensive medical opinions so readily. Either way, she said he was good to go and all he needed to do was to keep it bound to his chest for 6 weeks. It doesn’t take an MD to figure out that doesn’t sound right. So he kept moving; A flight to KL for a proper x-ray – one not performed by pimple faced teenagers – and to seek the advice of surgeons before heading back to his home town of Perth to get on the waiting list for the operation.

A long month later, Paul Clark was finally under the knife undergoing a repair to what the docs had said was one of the worse shoulder injuries they had seen. No one wants to hear the surgeons tell you they need to research how to fix you due to the severity of the injury, especially when it comes with the news of an expected 12 month recovery time until you can surf again. The whole ordeal that led to this point felt like a flash in the pan in comparison to what was to come. For a man who has carved out his chunk of paradise atop a jungle covered hill and makes a living putting himself, along with 250+ guests a year into the waves of their lives, this was going to be a long, dry and torturous road ahead.

The next 18 months crawled along. So for the sake of a yarn, we’ll skip a few chapters. It’s early 2014 and after a year and a half of agonising rehabilitation and the pain and frustration of having perfect barrels dangled in front of him quite literally out of arms reach, Paul is stroking into a set at his home break Bank Vaults. Hooted in by his mates, he drives off the bottom, scoops under the lip and sets his line like he’s done hundreds of times before. Once again he finds himself back in the darkness. This time though, he’s led by his left arm that for so long has held him back as he navigates his way through the perfect cylinder. Then finally – light. He’s spat out and skims out into the bright Mentawai sun, the churning whitewater and chaos slowly calming behind him in a symbolic ending to what can only be described as one hell of a ride.